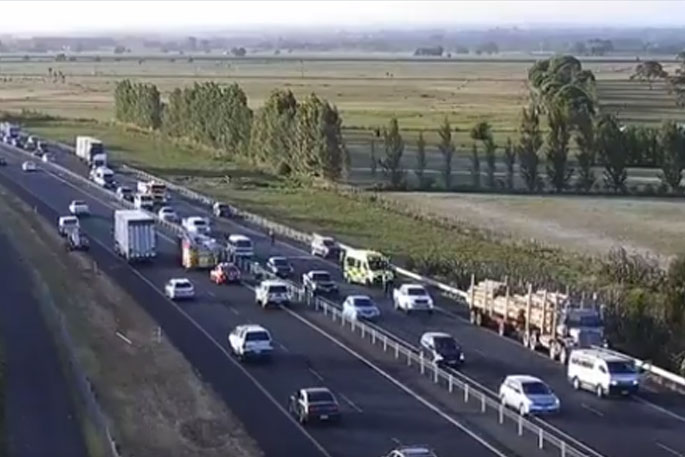 One person has now died following a serious crash on the Tauranga Eastern Link Toll Road on Wednesday.

Police have advised that a person has died in hospital following the serious crash in Papamoa Beach last week.

The crash occurred on the Tauranga Eastern Link Road around 7am on Wednesday February 5.

Two vehicles were involved in the collision. The westbound lane was closed for some time near the Kaituna Bridge area on the SH2 Tauranga Eastern Link Toll Road, with emergency services including a rescue helicopter at the site.

An investigation into the circumstances of the crash is ongoing.

There goes the ’fatality free’ claim of the Eastern Link. Now watch the knee jerk reaction of the authorities of lowering the speed limit. Such a safe smooth stretch of highway, probably the best road in the North Island, how can two cars collide?