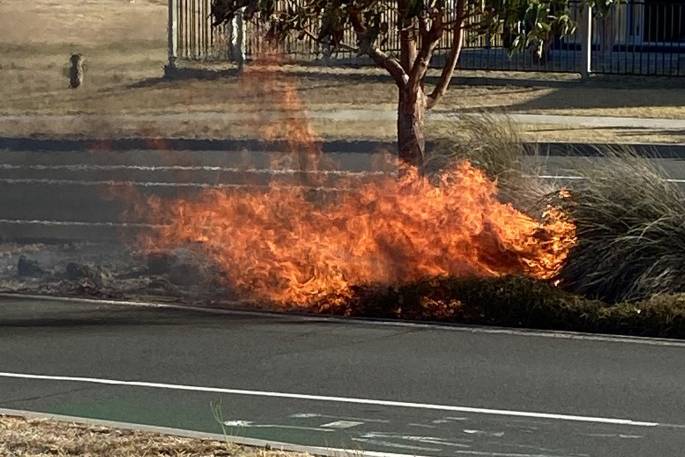 Firefighters in Papamoa were called to a fire in the middle of the road this afternoon.

Photos sent to SunLive show a small fire on an island in the middle of Golden Sands Drive.

Smoke and flames were caught on camera.

Firefighters put the fire out with one high pressure delivery system.

Conditions in the Bay of Plenty are extremely dry at the moment.

A prohibited fire season has been declared for the Bay of Plenty Coast, Central Lakes, and Pumicelands. 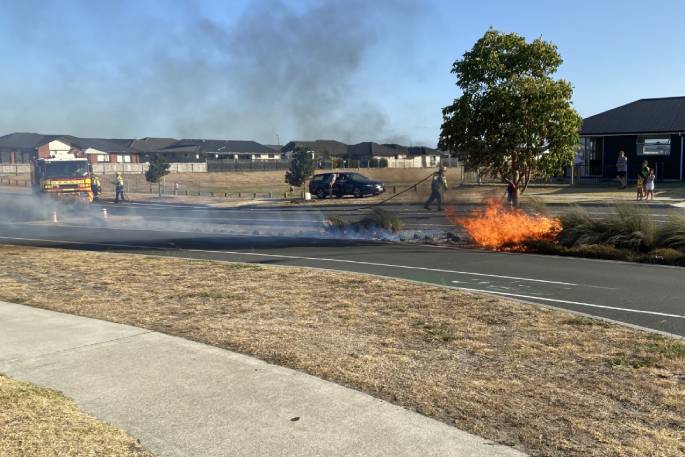 Principal Rural Fire Officer Steve Webb says all fire permits have been suspended in those areas.

"Hangi are still allowed, but we are asking people planning hangi to contact us first as conditions are becoming very dry and we may want to put additional protection in place."

Steve Webb says it is vitally important that people understand the risks. In extreme conditions it only takes a spark to start a devastating wildfire. That spark can come from a piece of equipment such as a lawnmower, or a grinder, welding or a plough.

"To protect your home, keep roofs and gutters clear of dead leaves, debris and pine needles. Move anything that could burn such as mulch, leaves, firewood piles away from exterior walls, decks or porches." 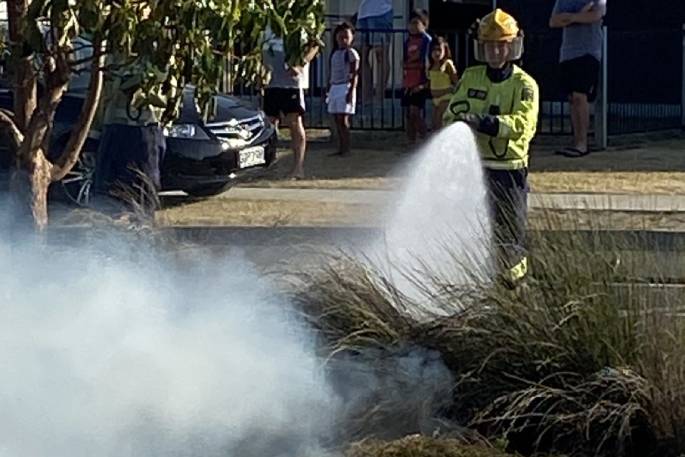 Second month with no rain and no rain on the radar for at least another 10 days. Warnings being issued of the high risk of fire due to the dry, parched conditions. Being told to take extreme care using welders and grinders and that even the lawnmower yet a hangi is still allowed. Absolute stupidity. Fire has no cultural boundary. The threat of wildfires that could take homes and lives.