World Squash on its way to Tauranga 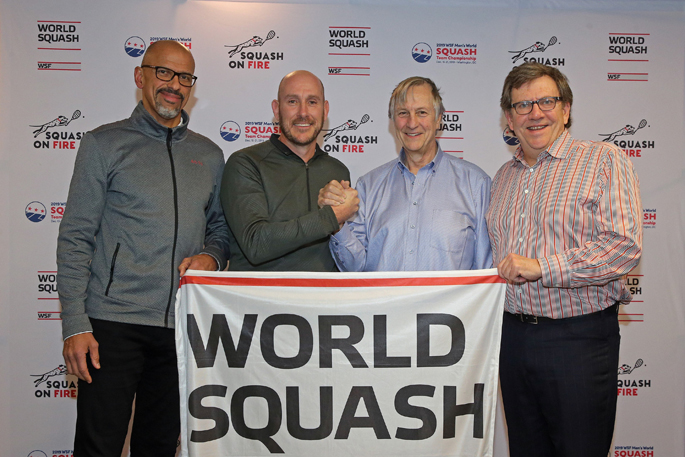 The best men’s squash players in the world are officially on their way to Tauranga after the ceremonial handing over of the flag for next year’s World Squash Federation Men’s World Squash Team Championship.

Chair of the organising committee Wayne Werder says it was great to have the official hand over and though it seems like the tournament is a long way off, a lot of hard work had to be done especially around fundraising.

Wayne says about $1 million will need to be raised to run the event. The tournament would again rely on a large team of volunteers.

Wayne and his team successfully hosted the World Junior Squash Championship in Tauranga in 2017 and the men’s tournament would again be based at the Devoy Squash and Fitness Centre which boasts six glass-backed courts with the Te Puke and Mount Maunganui Squash clubs also used.

The impressive all-glass court will again be the show piece for the event which will be held in December 2021.

The WSF Men’s World Team Squash Championship is one of squash’s most prestigious events and attracts the top male players from around the world to compete at the highest level.

The event has not been hosted in New Zealand since 1983.