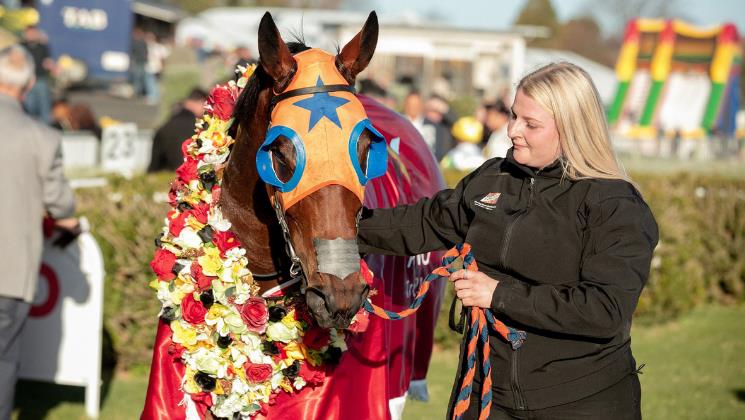 Melody Belle is the reigning NZ Horse of the Year and 10 time group one winning mare. Supplied photo.

Reigning NZ Horse of the Year and 10 time group one winning mare, Melody Belle will be in action at Tauranga Racecourse on Waitangi Day.

Trainer Jamie Richards is preparing her for an Australian Autumn campaign, with the main target being the $5 million All-star mile at Caulfied on March 14.

Racing Tauranga general manager Andrew Love says with the Taupo trials being cancelled due to an extremely hard surface, Racing NZ came up with a decisions to hold two trials at Tauranga prior to the Waitangi Day race meeting.

“The two trials will in fact showcase some of New Zealand’s best gallopers, including Bostonian, The Chosen One and Concert Hall,” says Andrew.

“The Laser Plumbing and Electrical Race Day will follow the two trials, with the first race set to go at 12.42 and whilst the fields may be light on numbers there will be some very competitive racing across the seven race card with the total stake money worth $147,500.

“Locally trained mare Nasha Riva under the guidance of trainer Jim Pender and with top jockey Opie Bosson on board she will be hard to beat in the last race of the day.”

Andrew says the lack of rain has seen the irrigation working overtime and is sitting as a Dead 4.

“With free admission and free kids entertainment including pony rides, the day is again expected to be very popular for families, if last year was anything to go by.