White Island to be used as a natural laboratory 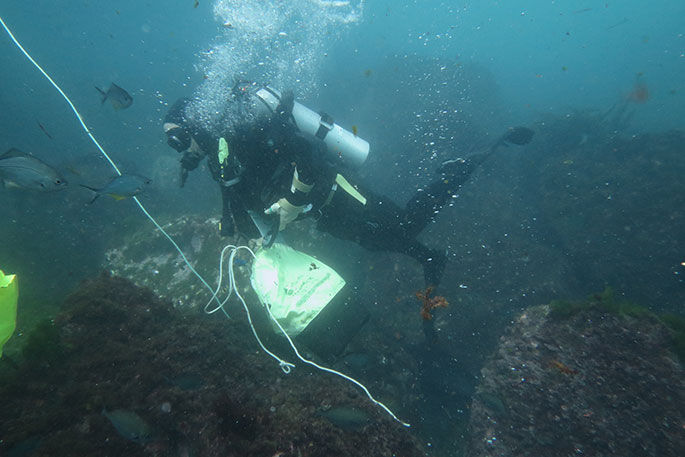 A diver collecting samples near a volcanic vent. Supplied photos.

University of Otago scientists are leading research into the possibility that the shallow submarine vents off New Zealand’s volcanic Whakaari/White Island could provide a natural laboratory to study the impacts of future climate change on our oceans.

Submarine vents have natural gradients in climate variables like pH and temperature making them useful examples of future seawater conditions.

Over the past few decades scientists have investigated submarine vents, particularly in deep waters, tropical and subtropical waters and in warm temperate seas to evaluate the long-term effects of climate change on our oceans.

“Vent studies in cold temperate waters in the southern hemisphere are scarce and it is important to know how climate change, and ocean acidification in particular, will affect our temperate species and ecosystems,” says Dr Rebecca Zitoun of the University of Otago’s Chemistry Department.

It also has a high biodiversity and is accessible by SCUBA, but most importantly for scientists, Whakaari/White Island’s shallow vents produce acidic water with a very low pH (as low as 6.8 pH compared to standard sea water being approximately 8.1 pH) and water temperatures of up to one degree Celsius higher than ambient seawater in the area.

“These parameters mimic ocean conditions predicted for the year 2100 and beyond. All these features make Whakaari/White Island a really interesting and valuable site for climate change research,” says Rebecca.

“We can look at what life survives there, and how those organisms adapt in order to survive. Because the waters around Whakaari/White Island are representative of future seawater conditions we can set-up long-term observations of the organisms living at the vents to improve our understanding of how marine life and ecosystems will respond to the changing climate.” 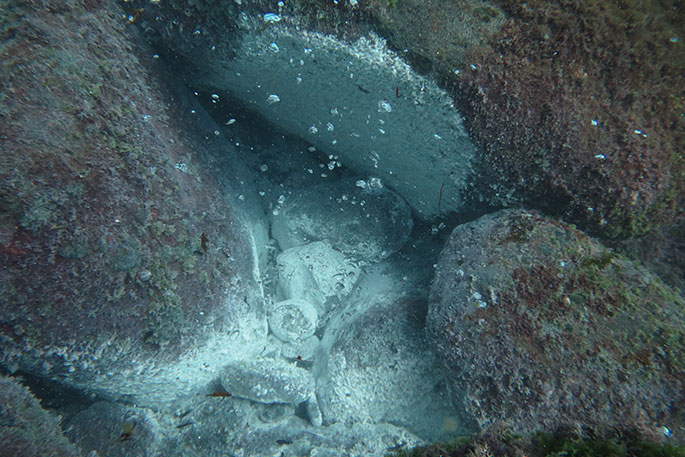 The results of this study have been published in Marine and Freshwater Research, a mammoth effort with 14 co-authors. Link: https://www.publish.csiro.au/mf/MF19167

Rebecca and her colleagues found that the vents do create seawater conditions with pH, temperature and carbonate chemistry values as predicted for beyond the year 2100, but they also have a number of caveats. The alteration of carbonate chemistry occurs in only quite small areas around the vents and there are high concentrations of mercury and sulphide at both vent and control sites with levels considered biologically toxic.

“This potential toxicity presents more research opportunities, really, because we can expect to be dealing with the runoff of wastewater discharges and pollution into waterways in the future, which will increase levels of metals and elements in our rivers, estuaries and oceans.

"Thus Whakaari/White Island, with its low pH, high temperatures and higher than ambient concentrations of some metals and elements can be seen as a great multi-stressor laboratory. Scientists can learn a lot here.”

The first steps have been made towards establishing a baseline of biological and geochemical parameters around the volcanic site, so that now scientists can get on with studying how physical climate change is likely to drive ecological changes in a real environment.