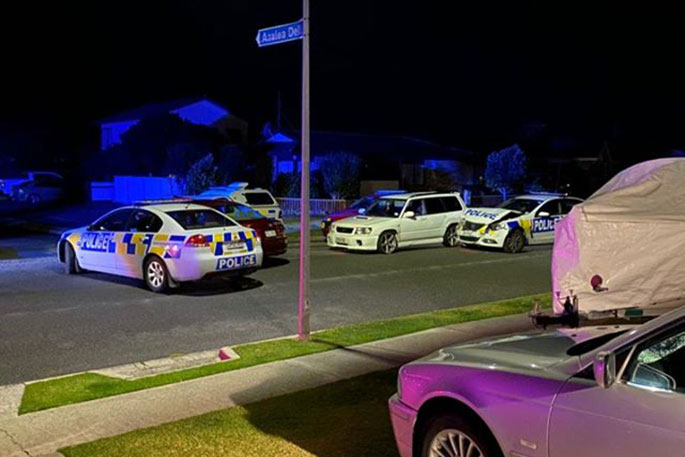 A Hamilton man accused of ramming four police cars in Tauranga will remain behind bars until his next court appearance.

The 36-year-old is also facing charges that include reckless driving, failing to stop when requested to stop by an enforcement officer whilst exceeding the speed limit and unlawful taking of a motor vehicle.

He was arrested on January 16 when police signaled for a vehicle to pull over on Hewletts Road at around 10.45pm.

The events took place when police signalled for a vehicle to pull over on Hewletts Road.

“It failed to do so and was pursued by police, but due to the manner of driving the pursuit was immediately abandoned,” says a police spokesperson.

Road spikes were deployed near the Bayfair roundabout and the car was again pursued along Maunganui Road.

The car slowed and rammed the police car.

“On Matapihi Road, the driver rammed a second police car. Road spikes were again deployed and while travelling at slow speed, the driver again attempted several times to ram a police car.

“The driver then stopped the car and the passengers ran off on foot.”

Police say the passengers allegedly stole a second vehicle and attempted to flee the scene in the stolen vehicle.

“They were blocked in by police and the occupants were arrested.

“Four police cars were damaged in the incident, but fortunately no police staff were injured.”

During his court appearance today, the accused’s lawyer asked for more time with their client, saying they want to file a final adjournment plea on his next appearance.

The accused will next appear in court on February 19.

And when convicted the sentences will be served concurrently, good work NZ judicial system.

Yet the absolute idiots that wrecklessly discharged firearms illegally in their possession with total and blatent disregard for person’s safety in a built up residential area gets bail. This is how Labour is getting tough on gun laws. Had they shot at an empty Police car would they still only get bail? Perhaps the Police safety is seen more worthy than public safety. With a night time shooting there was more than likely also no way of seeing beyond what they were shooting at. No consistentcy in the courts.