Support for crayfish industry after disruptions 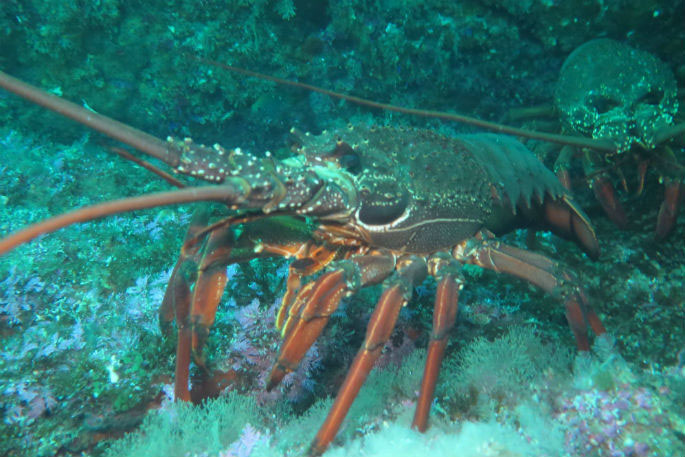 The government has agreed to help crayfish exporters to minimise the impact of trade disruptions caused by the coronavirus outbreak in China.

Between 150 and 180 tonnes of live rock lobster are currently held in New Zealand in pots and tanks, at sea and on land, after export orders were cancelled by Chinese distributors.

The industry has asked government to help manage the impact.

He says the decision will affect the live crayfish in holding pots at sea, and some held in tanks on land. It means they can be harvested again when the trade disruptions are resolved.

“The coronavirus is taking a big toll on ordinary Chinese people. Millions of people cannot go about their usual routines because of the need to minimise health risks and observe restrictions on movements and gatherings.

“The Chinese New Year celebrations between January 25 and February 8 are particularly affected. Exporters from New Zealand and other countries traditionally sell large numbers of rock lobster into China during this period, but most orders have been cancelled.

“I have to balance a number of concerns. There are potential impacts on the health, welfare and sustainability of the rock lobster fishery, wider biosecurity issues for the marine environment, and the economic impact on local fishing communities and the industry."

Stuart says not all rock lobster held in tanks on land will be able to be returned to the sea.

Where lobster from different sources have been brought together at processing facilities, officials will consider their release on a case by case basis. In doing this, they will consider potential implications for biosecurity and sustainability.

“The industry will be required to find new markets for rock lobster which are not able to be returned to sea.

“There are strict rules around the return of rock lobsters to the sea. Officials want to make sure it is done in a way which ensures they are likely to survive and also protects the environment where they are being released.

“Anyone who wishes to release live crayfish will need to provide information to Fisheries New Zealand, and Fishery officers will monitor the return of crayfish to the sea. Officials will contact those affected with advice on what they need to do.

“This is an evolving situation and the rock lobster industry is important to the New Zealand economy. It makes a vital contribution to a number of small fishing communities. I will continue to monitor the situation.

“I am also considering another request for a technical change to allow catch entitlements to be carried forward from one fishery year to the next. This will take more time to finalise and I will discuss it further with government colleagues."

I will take some at a reasonable price thanks.