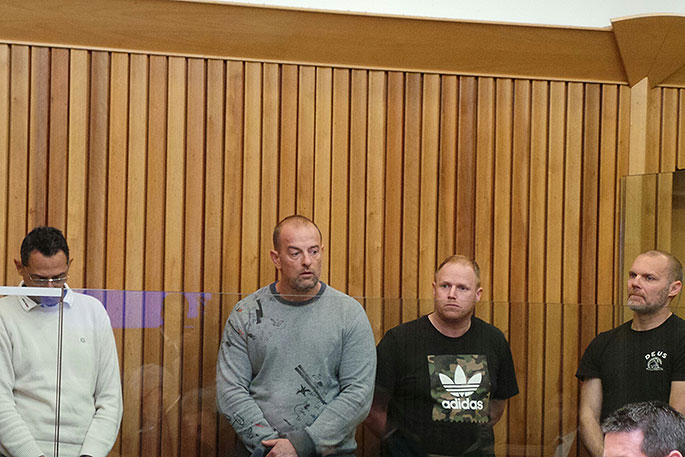 The four men in court following their arrest in 2017.

The four men arrested following the country's largest ever cocaine haul in 2017 have been sentenced to prison terms ranging from 14 to 27 years.

The men, a Serbian, a Croat and two Australians, were sentenced at the High Court in Rotorua on Tuesday for the plot that involved submersible scooters, gym bags stuffed with cash and the use of container ships as unwitting drug mules.

Police and Customs acknowledge the sentences imposed today on four men in relation to a significant attempt to smuggle cocaine in 2017.

The four men were arrested on November 1, 2017, following the seizure of about 46kg of cocaine from an address in Tauranga.

“We know that the cocaine seized - which had a street value of around $20 million at the time - was destined for New Zealand users and would have caused significant harm in communities across the country.

“The arrests of these four men dismantled a trans-national crime syndicate that was seeking to profit from that harm.”

The charges laid against the four men were the result of a five-month operation, launched by Customs after an investigation identified persons of interest believed to be involved in smuggling and distributing Class A drugs, and money laundering. 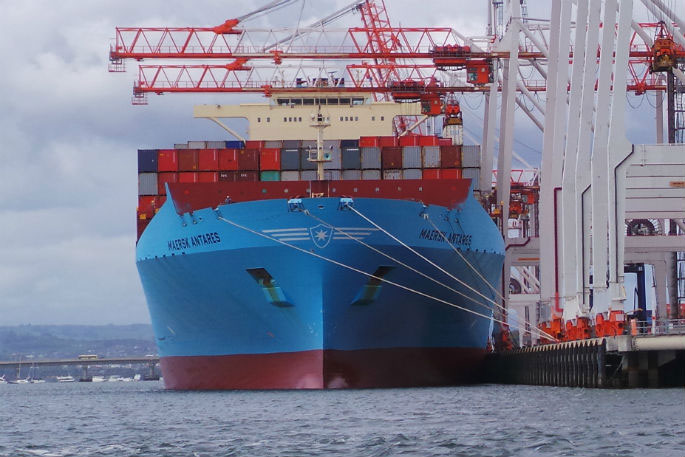 The ship the drugs were seized from in New Zealand's largest cocaine bust . Photo: Andrew Campbell.

As Customs and Police worked together to build intelligence and carry out investigative work, they uncovered evidence of plans to offload a shipment of cocaine from a commercial ship near Tauranga.

The arrests were made after the ship arrived from Chile on October 31, 2017, and the syndicate approached the vessel under cover of darkness, retrieving the cocaine from a hidden compartment on the exterior of the hull.

Customs Investigations Manager Bruce Berry says this operation shows the level of sophistication used by some international syndicates, and the joint capabilities of law enforcement agencies to combat them.

“There’s no doubt that New Zealand is increasingly being targeted by international crime syndicates as a market for cocaine.

"This case highlights the enormous value of intelligence-sharing and working in partnership to target and stop them.

“What started off as simple lead, was pieced together by making the most of Customs and Police combined areas of expertise.

"While the method of concealment is a known international trend, this seizure was the first of its kind for New Zealand.

“It’s important to recognise that this result is thanks to the perseverance, efforts, and expertise of staff across a wide range of teams from both agencies."

Assistant Commissioner Chambers says as well as the cocaine seized at the Tauranga address, a further five kilograms of cocaine was located at an Onehunga address, along with a large amount of cash.

“Our inquiries linked this to an alleged previous importation by this crime syndicate, which included a further 30kg of cocaine.

"Some of the charges laid against three of the men sentenced today relate to this offending.

“The sentences imposed on these four men today should send a clear message to anyone seeking to prey on New Zealand communities by importing and distributing illicit drugs.

“These drugs have no place in our communities and we will continue doing everything in our power to disrupt and dismantle the groups seeking to profit from the harm they cause.”

Foreign nationals should be stripped of any NZ visa and residency and deported when released from prison.