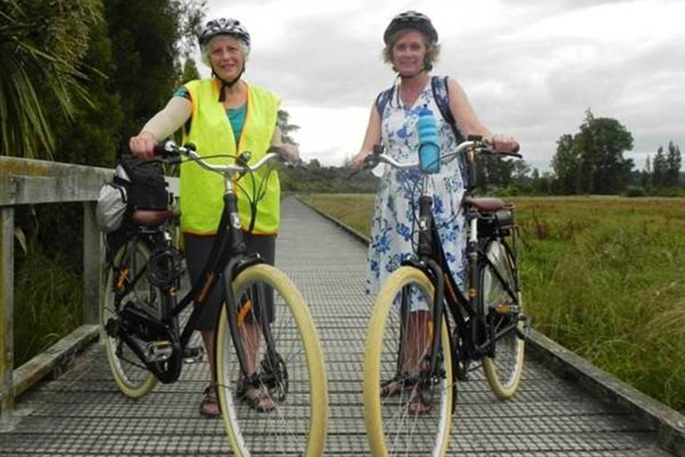 Bike month is underway and Bay of Plenty residents are being encouraged to enjoy the benefits biking can bring.

Both are designed to encourage more people to get out and give biking a go.

“Our bodies are made for movement and as humans we’ve engineered movement out of our lives to a large extent,” says Medical Officer of Health Dr Phil Shoemack.

“Biking is a simple, low impact way of putting some of that physical activity back into our lives.

“Bike month is all about encouraging people to take up something new, having some fun whilst doing it and experiencing some of the health benefits which are associated with biking."

He says the health benefits are numerous and wide ranging but include cardiovascular, respiratory and mental health and wellbeing.

“You only have to see the face of a child who has just learned to ride to get an idea of the sense of freedom and enjoyment you can get from riding a bike,” added Phil.

“Bike Month is an especially good time to try cycling as it provides an organised, supportive environment with lots of events organised across the Bay of Plenty. Give it a go, you have nothing to lose and a lot to gain.”

Sport Bay of Plenty has events running throughout February in both halves of the Bay.

The events include the annual Go By Bike days which this year take place on Friday February, 14 in the Eastern Bay and Wednesday February, 26 in the Western Bay.