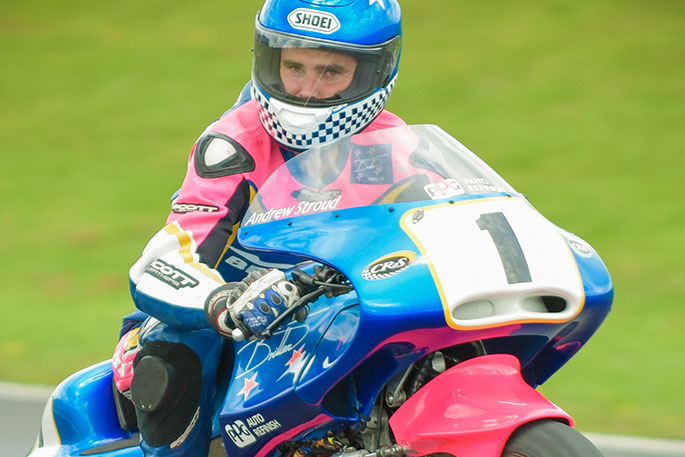 MotoFest is just around the corner and, as final preparations are made, the rumblings of anticipation are starting to nudge the top of the rev-limiters.

Ready to mark its third anniversary at Hampton Downs Motorsport Park on the weekend of March 7-8, the Mike Pero MotoFest is sure to again rate as New Zealand's "must see and must do" motorcycling event of the year, particularly with the inclusion in the programme of the inaugural Motul NZ Classic Grand Prix.

The 2020 edition of MotoFest will again feature the third round of five in the New Zealand Superbike Championships (NZSBK), the Motul NZ Classic Grand Prix putting extra zing onto the jam-packed programme and perhaps even threatening to steal the thunder.

As many would probably have been expected, the Motul NZ Classic Grand Prix is drawing in legends of yesteryear ... iconic, famous and well-loved bikes and some of the equally celebrated riders of the age too.

The Motul NZ Classic Grand Prix will certainly prove a huge extra draw-card to MotoFest, particularly with 52-year-old Stroud dusting off his leathers to race again, no doubt hoping he can lead the way as fellow former Kiwi internationals turn up to rub shoulders with the superstars of today, bikes old and new on the race track at separate times throughout the weekend.

"I will race a borrowed Yamaha OWO1, similar to the one I raced when I was in the Super Angel Team back in the 1980s," says Stroud.

"I might also be able to race a Ducati owned by Kevin Grant, a former president of the New Zealand Classic Motorcycle Racing Register," says Stroud.

"I started off my career by racing these bikes years ago and they were the bikes to have. It will certainly bring back memories to ride either of them again.

"Being part of this is important to me. I don't know how fast the other riders want to go. I'll just do my own thing and then we'll just see what happens when I twist the throttle as another riders gets up alongside me."

Probably just as exciting for race fans is knowing that Stroud will also put in a few demonstration laps around Hampton Downs on the fabled pink and blue Britten motorcycle.

Stroud is perhaps synonymous with the fabled Britten bike, a radical motorcycle that was created in a small private workshop by insightful Christchurch inventor John Britten in the late 1980s, then developed and sculptured before being released upon the international race scene with instant success.

The unique, ground-breaking machine turned heads whenever and wherever it was on a race track and it still does. The instantly-recognisable bike even looks fast sitting idle in the pits.

Put that together with one of New Zealand’s greatest motorcycle racers and you have a MotoFest spectacle that can’t be beaten.

During the epic battle with the leading factory Ducati Superbike Stroud came within 0.1 sec of the outright lap record before an electrical problem stopped the bike with a couple of laps remaining. However, he won both races at Daytona in 1994 on the Britten bike while setting the fastest top speed recorded by any motorcycle at Daytona (305 km/h).

One of the few people to have had the privilege of racing one of John Britten’s world-renowned superbikes, Stroud won the Battle-of-the-Twins at Daytona on Britten superbikes in 1994, 1995, 1996 and 1997.

Also in 1995 and on a Britten, Stroud won the European Pro-Twins at Assen. Soon after he put a Kawasaki Superbike on pole position for the World Endurance Championship round at the same track. In 1997 he won the American AMA formula Xtreme Championship.

"It is always a thrill to get out on the Britten," says Stroud.

"It brings back a lot of good memories and I think the race fans always appreciate seeing it in action. What John (Britten) created really was an amazing achievement and I think that is appreciated even more now as the years go by."

Crosby raced all around the world in the 1980s and holds the distinction of being the only person to have won the Daytona 200, the Imola 200, the Suzuka 8-Hour endurance race and the Isle of Man TT.

Of course this third annual MotoFest extravaganza promises excellence on all fronts, with well-respected identities from all segments of the motorcycle sporting world coming together for a spectacular two days of action that also includes the Shoei Helmets-sponsored Classic Two Stroke category, a class that will consist of only two-stroke racing machines from the 70s’, 80s’ and 90s’.

MotoFest again has the support of Kawasaki, as it has since day one, and the event now welcomes Suzuki and Yamaha as exhibitors in 2020.

Star Insurance will again sponsor and bring to life the Legends Garage, while manufacturer and trade displays will also have fans possibly not knowing which way to look.

MotoFest will certainly tick all the boxes with bike enthusiasts if the 2020 edition can match last season's MotoFest.