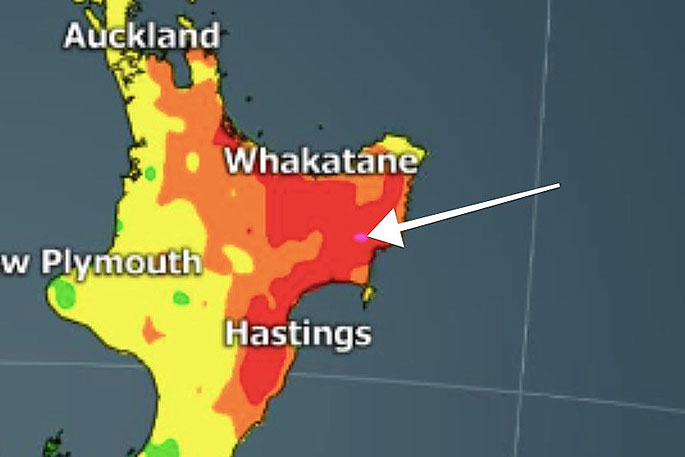 For the first time in 15 years, WeatherWatch.co.nz not only forecast but reported a verified temperature of 40 degrees C in the North Island of New Zealand.

Historically 40+ temperatures affect the eastern South Island, but a heatwave from Australia pushed hot air over the North Island on Monday.

"Te Karaka, inland west from Gisborne, reached 40C at 4pm. As of 5pm it was 38C and 6pm 37C according to IBM - who WeatherWatch.co.nz partners with.

Today's forecast is for strong northwesterlies to lie over New Zealand.

A cold front pushes northwards over the South Island reaching the western North Island later this evening. Southwesterlies ease over the country on Wednesday.

Sunny areas and some high cloud for the North Island today, cloud a little more persistent during the day about Taranaki and Kapiti with the chance of a drizzle patch, says WeatherWatch.co.nz

"Some cloud for the western North Island on Wednesday, may be a few morning showers in the southwest."

Not sure where the metservice gets the daily temps from but had 37 degrees nearly everyday at the mount this week.