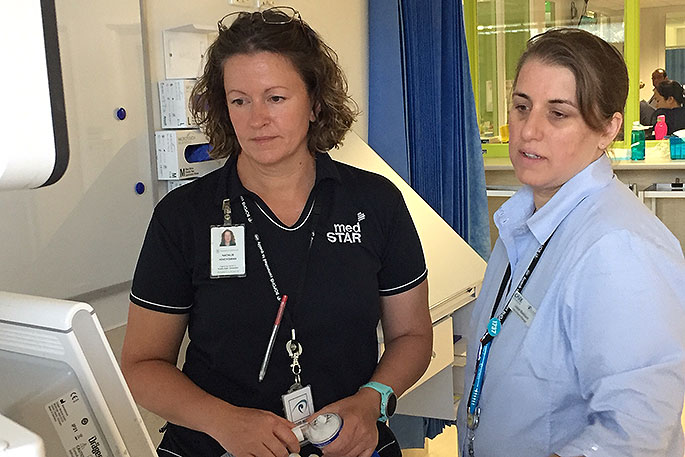 The last cohort of Australian nurses helping out at Whakatāne Hospital after the Whakaari/White Island eruption has headed back home.

In total, 11 nurses (10 from Australia and one from New Zealand - Southland) offered their services to help their Whakatāne nursing colleagues following the Whakaari/White Island eruption on Monday 9 December.

The last group of four Australian nurses worked their final shifts at the hospital just prior to the weekend.

There has been praise on both sides, from the departing nurses for the way Whakatāne staff handled the initial incident and also welcomed them, and from Whakatāne Hospital staff for the attitude, skills and hard work of the Australian nurses.

Natalie Hincksman is an Advanced Care Nurse who manages and coordinates the MedSTAR Aeromedical Retrieval Service in South Australia.

Natalie co-ordinates the retrieval of critical care patients across hospitals in South Australia.

“I sent a team to New Zealand to retrieve one of the patients from the eruption back to Melbourne,” says Natalie.

“The thing that I got back from my team when they did that retrieval was the care that that patient had received was phenomenal.

“I don’t think that our team (in Australia) understood the scale…..this hospital got such a huge number of patients. It’s remarkable, the staff here managed so well,” added Natalie, who has a 20-year background in intensive care nursing.

Natalie says she volunteered in order to help her nursing colleagues recover.

“I’ve worked and supported nurses who’ve dealt with major incidents before, but nothing quite as big as what’s happened here,” she said. “I also understand how important it is for nurses to recover from a major incident.

“I thought that some of the skills I have would help in an environment like this, where nurses were maybe dealing with some post traumatic issues. It’s not coming in and taking over, it’s working alongside nurses, supporting them and making them feel valued.”

Emergency Nurse Practitioner Deanne Brooks says she worked at a country hospital, Geraldton Hospital, which served a similar population to Whakatāne back home in Western Australia.

“We’ve all got the same background and came here with the common goal to support these nurses. We can empathise with what they’ve been through.

“Knowing what the Whakatāne Hospital nurses went through, they should be exceptionally proud of how they dealt with, and managed, such a catastrophic event with absolute dignity.

“It was important for me to come to back up and support our New Zealand colleagues. Your lads are fighting our bush fires, I can’t help there but I can help here.”

“New Zealand at the moment is sending firefighters to help us, so the least we can do is return the favour. There’s a lot going on in our country, but a lot went on here so I think it’s really important that we can help each other out. I feel quite strongly about that.

“We were just sent here as senior support, to fit in and not need training, to work in their department and just be here – an extra set of hands. The team is amazing, they’ve been so welcoming I feel like I’m at home here. I feel like they went through a lot and it’s hard for us to understand what they went through.”

There were a number of reasons behind Launceston General Hospital nurse Lesley Pyecroft’s decision to volunteer. 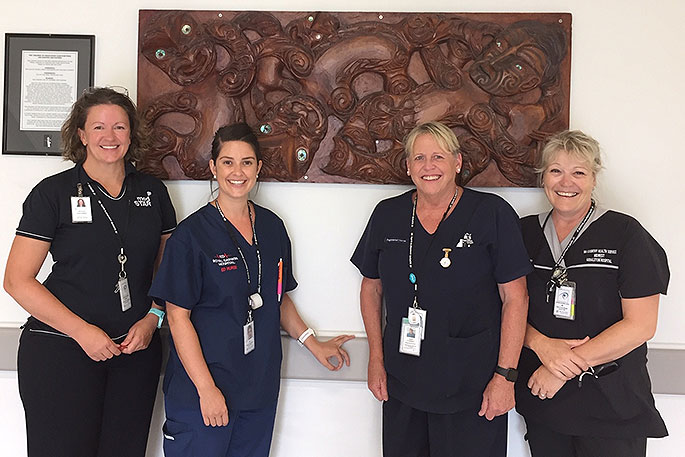 “Firstly because I know the area very well and take pride in knowing a fair bit about the Maori culture and how family orientated they are...they look after one another and are very community orientated.

“When the request came to assist the staff at the hospital I knew that they really needed some assistance and I was more than willing to give that knowing what they had been exposed to that day White Island erupted.”

Lesley says the town's hospitality had been amazing and the community had been very welcoming.

Whakatāne Hospital Coordinator David van Dijk thanked the nurses, and those who came before them, for all that they had done.

“I want to say a heartfelt thank you on behalf of everyone here,” says David. “They have been so supportive of our staff and have brought with them a wealth of knowledge and experience. We are extremely grateful for their support and everything they’ve done.

“They fitted into the teams seamlessly and have been a real pleasure to work alongside.”