From the mouths of children 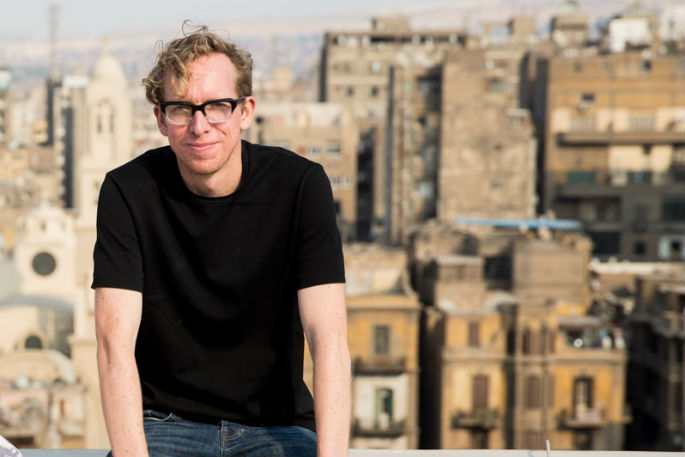 Kids have a unique way of looking at things, and maybe it’s time we consider what they want from our city.

Baycourt will bring that possibility to life with the upcoming Lookout performance, running on February 14-16.

The performance takes audience members and turns them into participants, not just spectators, and has them chat to local kids about their ideas for the growing city.

“Audience members will meet at the Baycourt Box Office and our front of house staff will walk them to the Lookout location – which is a building that isn’t usually accessible to the general public,” says Baycourt manager James Wilson.

Attendees will be taken to the top of Toi Ohomai’s Bongard Centre – offering a spectacular view of the city – to look out and contemplate the future of Tauranga.

“I had this amazing conversation with a girl called Olivia about how Brighton was changing – they’d just built a big observation tower on the beach that looked like the London Eye and she was very cynical about who was paying for the tower,” he says.

“She said: ‘they’re giving free rides to all the schoolchildren’ and I said: ‘that’s really exciting’ and she came back with: ‘no, that’s called bribery’.

“It was amazing having this conversation with an eight-year-old who was so aware of the politics of the city.”

The performing children, from Papamoa Primary School, will be spending the next few weeks working with Lookout artist Andy Field and producer Beckie Darlington.

Since its first performance in 2016, Lookout has toured the world – being performed in various countries and languages, including China, Brazil, Canada and Bangkok.

James says Andy and Beckie are looking forward to the performance being conducted in English for the first time in two years.

“They’re quite used to working through translators and they’re quite excited to not have to do that here.”

“Because the structure is so simple and the themes are so universal, it’s a show that’s been taken all around the world,” he says.

But what can Lookout bring to Tauranga?

“I arrived in Tauranga for the Baycourt role about 18 months ago and I just knew immediately that this was the right city and the right time to have our own version of Lookout,” says James.

“There’s so much change going on in the CBD, but at the same time people are facing questions like: ‘is the CBD closed?’ and ‘will I be able to find a carpark?’, so it’s throwing the kids right into the middle of those discussions,” he says.

“I think it’s a really good opportunity for people who maybe aren’t loving the CBD at the moment to come and have a conversation about the long-term view.

“The structure of the show itself moves forward 30, 60 and then 90 years, so it’s taking that really long horizon-type view of when those kids will be 40 or 60 years old.”

Lookout was performed in Auckland two years ago and James says his favourite part of that show was the kids’ growth.

“It’s pretty exciting to see how, at that age, they’ve got really strong ideas but they’re still trying to find the confidence to articulate and share those with people.

“That’s one of the reasons I love working with Andy,” says James, “his work is really about how kids have a great contribution to make now; not in 10 years. It’s saying that they should be listened to now.

“That’s something that’s really specific about how he works – he makes a space that allows them to feel confident.”

And Lookout is the first of a new type of show coming to Baycourt, says James.

“Lookout is part of a new body of work we’re going to be running called ‘Made in Tauranga’.

“The ideas is to bring artists – whether they’re domestic or international artists – to come in and work with the local community.

“Baycourt can sometimes be seen as a place where touring shows come, but we’re turning that on its head and inviting those artists in to make work that’s specific to this city – I think that’s the role of an arts centre that’s in the centre of a city,” says James.

Tickets are strictly limited to eight audience members per performance and with six performances over three days, it’s important you get tickets as soon as possible if you want to be a part of it.

“It only takes about 25 minutes but it’s a very deep experience in that 25 minutes,” says James.