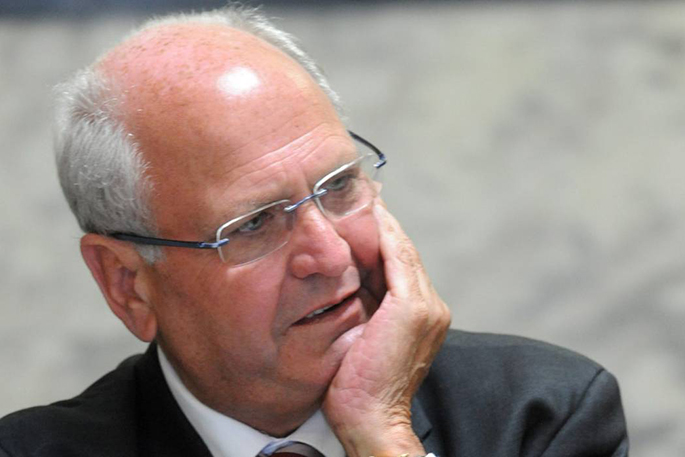 Former Prime Minister Mike Moore, photographed in 2010 when he was appointed as the new ambassador to the USA. Photo: Ross Setford/Stuff

New Zealanders are mourning the death of former Labour Prime Minister Mike Moore, ONZ, OA, who passed away overnight. He was 71.

Mike served as prime minister with Labour from September to November in 1990, and as director-general of the World Trade Organisation from 1999 -2002.

At the age of 41, Mike was installed by caucus just weeks before the 1990 general election, replacing Sir Geoffrey Palmer.

At the time he was New Zealand's third prime minister in 13 months, and lasted 59 days until Labour lost the general election. Mike subsequently lost the leadership to Helen Clark, but he stayed in Parliament for nine years in Opposition.

In 1999, Moore secured the job of director-general of the World Trade Organisation, a job he kept until 2002.

“I feel incredibly lucky to have seen Mike only on Friday. He never lost his interest and passion for politics, because he saw it as such an important vehicle for change.

“During Mike’s long parliamentary career he held the positions of Prime Minister, Deputy Minister of Finance, Minister of External Relations and Trade, Minister of Tourism, Sport and Recreation, and he was Minister of Overseas Trade and Marketing.”

National Party leader Simon Bridges says Mike was "a great fighter for Kiwis who needed a hand up and a staunch advocate for free trade," while National Party deputy leader Paula Bennett says he was "a damned good bloke" who had shown her great kindness and support despite being a "staunch Labour man".

“Mike spent every day of his life trying to make things better for New Zealand and New Zealanders,” says Winston.

“From the time he was elected to Parliament at the age of 23, to his final year on this earth, he was constantly thinking about how to advance New Zealand’s interests.”

“While Mike made his mark is many ways, one of his enduring legacies to New Zealand is the work he did opening up world trade and gaining access for New Zealand exporters to new markets,” says Jacinda. “That was a legacy he also left for the world.

“Through both his lead role in the GATT trade round and in his tenure as Director General of the World Trade Organisation, he dedicated his life to the service of New Zealand.”

“A member of The Order of New Zealand and former Ambassador to the United States, Mike was passionate about our country and ensuring its place in the modern world.”

The Deputy Prime Minister says that Mike will be sorely missed by everyone who knew him.

“He was a warm, passionate, funny, mischievous man, and my condolences go out to his wife Yvonne and the rest of his family,” says Winston.

“Mike was the rare politician whose outlook was improved by his life in politics. Mike seriously grew in the job. He took to heart the idea that it was his job to learn more about the issues, and evolve his views over time. He never stopped learning, which is rare in politics.

“Many New Zealanders will have fond memories of his political career – whether his championing of lamb burgers, his witty turn of phrase, his restless energy, or his passion for helping New Zealanders of all walks of life,” says Winston.

“By the time he left Parliament, Mike was a champion of the role that trade can play in lifting people out of poverty and improving living standards.

“As Foreign Minister, it’s important to acknowledge Mike’s role on the international stage: as the only New Zealander to lead the World Trade Organisation, and then as New Zealand’s Ambassador to the United States,” says Winston.

“Everywhere he went, people saw the passion Mike had for New Zealand and connecting it to the world.” 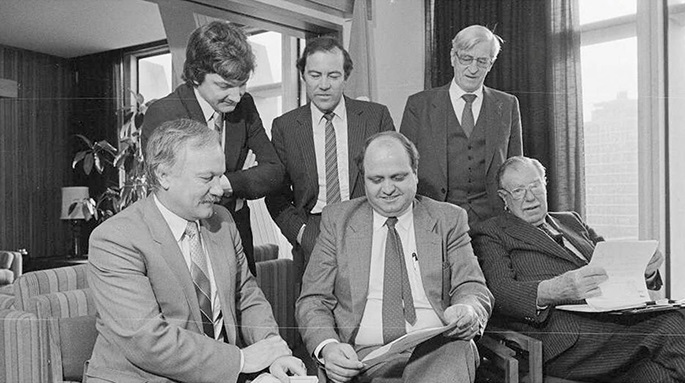 United States Ambassador to New Zealand Scott Brown said he was "deeply saddened" to learn his friend had passed, and said he would never forget his advice and counsel.

"Mike lived a life of service to his country. The US-NZ friendship is deeper and stronger because of him," he tweeted.

"[He was] a great patriot for his country and a great friend of Australia."

Mike was born in Whakatane in 1949, and his earliest work was in the construction and printing industries, at the freezing works, and as a trade union researcher.

He left school at 14 and made history in 1972 when he entered Parliament after being elected to represent Mt Eden, in Auckland,and became, then, New Zealand's youngest MP, aged just 23. He later represented seats in Christchurch.

During his time in Parliament he held the ministerial portfolios including overseas trade and marketing; tourism sport and recreation; foreign affairs, and finance.

In 1990, Mike received the Commemoration Medal, and in 1999 he was given the Order of New Zealand.

He authored several books including 'Beyond Today, A Pacific Parliament', and 'Fighting for New Zealand', was a member of the Privy Council, and in 2000 was given an honorary doctorate of commerce by Lincoln University.

In 2015, Mike suffered a stroke, and subsequently left his then-post as ambassador to the United States, a role he had had since 2010. Prior to that, in 2014, he had heart valve replacement surgery.

In one of his final interviews, in 2018, from his Matauri Bay home in the Bay of Islands, he spoke of his recuperation.

"I've recovered as much as I can. I have problems walking, but everything else is pretty good."

Winston Peters says that the following quote which Mike loved was typical of his worldview: ‘Well it works in practice, let’s see if it works in theory!’”