Music is a safe place 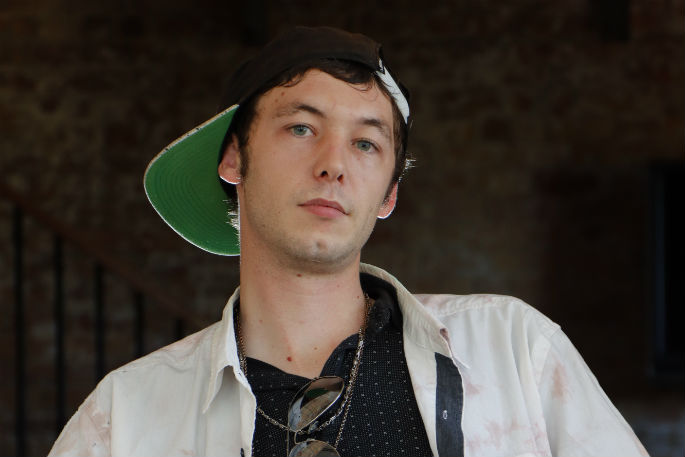 Dad’s in a gang and Mum was a sex worker but Connor Boyd has quite a different plan for his life.

At 26-years-old Connor Boyd or ‘Kayz 1’ has been through a lot, but is now out the other side of his youth wanting to use his experiences to make a name for himself.

The musician from Christchurch has chosen Tauranga as his safe place away from the violence and the gangs.

“My father was trying to push me into his gang and I’m not a mean person. I’m not like them. I don’t take joy in hurting people. That’s why I left, because otherwise they would have pushed me into it,” says Connor.

He says it was a bit scary at times with Dad being in a gang and Mum in the sex industry, but at the time he didn’t really know what was going on.

“I just always liked music and I started writing [songs] at like 10 or 11-years-old. I think it was my childhood way of trying to process what was going on.”

It wasn’t until about intermediate age that he started to realise what his parents did for a living wasn’t ‘normal’.

“It was embarrassing because my mum was sleeping with some of my friend’s parents, and that’s how I figured it out because I started getting bullied at school. That’s how I started to figure out it wasn’t a normal job.”

Cautious to not fall down the same path, Connor has turned to music as an outlet and his way to tell his story of what he has been through.

Connor says Eminem was a big influence for him and he would always be rapping along to his songs.

“I figured out that I could do his whole songs and then I eventually just started to try and write my own.

“At the start they really sucked but I just kept at it.”

He describes his music as a positive outlet covering issues like mental health, not letting things bottle up, but getting it out in a positive way.

To date, his hardest song to write is one he wrote about his great-grandad who died a little while ago.

“It was my way of trying to process the grief. It took about a month because I did bits at a time. If I get sudden inspiration for something I just write it, but sometimes I can sit there for ages and not come up with anything.

“Some days I can write half a song in 15 minutes, it’s strange.

“Usually I’ll start with a line or something that I’ve thought of and then I’ll try and search like a beat or something to match that, or if I listen to a beat first and then the first bit might just pop up.”

He says people have reacted positively towards his music and he is now studying a Diploma in Music at Toi Ohomai.

“I’ve been told I’ve got to work on a couple of tiny things, but some of my new stuff that I’m working on is a bit more upbeat and a little bit more poppy.

“I’ve done a show at Our Place with the school and it’s really helped my confidence. It’s a big difference from singing to yourself then in front of even 20 people. It doesn’t feel like much but when you’re up there it’s daunting.”

His message to others is simple: “just keep pushing and keep going until someone hears you. Just don’t give up”.

“I had thoughts of giving up after my first song thinking it was no good, and sometimes you’ve got to just take a bit of a break from it because if you overdo it, everything will start to sound like crap – even if it sounds good.

“You’ve got to just make time to actually focus on it.

“In a sad way, I’m not good at anything else. That was my motivation because every other course I’ve failed and I’ve just been drifting through life since I was 16, but once I fully found music, it just clicked that I knew that’s what I was born to do in a cheesy way.”

For Connor, 2020 will hopefully see the release of his first album. He has written seven songs for the album and wants to push the total up to ten before he releases it. He also wants to continue doing live shows and try and get his name out there more.

To listen to Connor’s music and his story, you can find him under ‘Kayz 1’ on YouTube, or Connor Boyd on Facebook.

During the week, Connor’s mum got in touch with The Weekend Sun to validate his childhood story.

She said she was only 20 when she had Connor but was quick to realise her relationship with the father was unhealthy.

After a nasty custody battle and an arson attack that destroyed their home when Connor was five, she said she turned to drugs and alcohol to numb the pain. They did not have insurance so lost everything they had in the fire.

“Because of the financial cost, I ended up in the sex industry for a time trying to get money to replace our possessions,” she says.

“I was suffering from deep depression and eventually I pulled myself out as I knew it wasn’t what I wanted or needed for my son or me.

“For many years after I had problems with alcohol which I deeply regret as it caused numerous fractures in my and Connor’s relationship.

“Music has always been a huge part of our lives and a great outlet. I’m hugely proud of and encourage Connor 100 per cent to follow what he loves and to always reach for the stars."