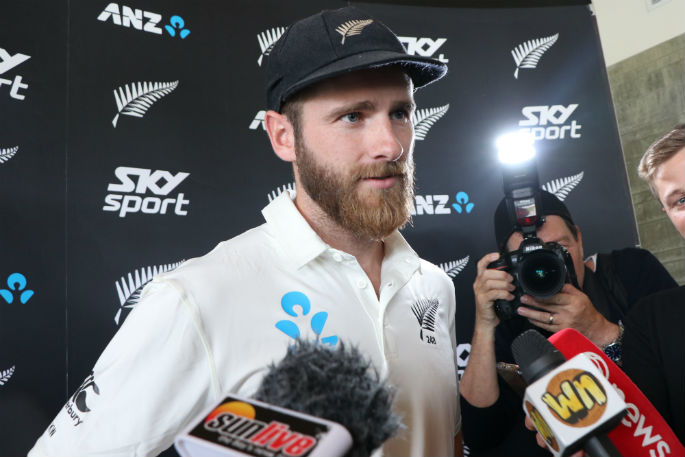 Black Caps captain Kane Williamson will have his hands full trying to beat the Indians in any form of the game this summer.

It is good to see women’s sport finally getting the recognition it deserves from our two major codes.

Rugby and cricket administrators have not always been supportive of the women’s side of the sports but in recent years that attitude has changed.

Last weekend in Hamilton the Black Ferns sevens won the first HSBC World Rugby Women’s Sevens Series event to be played on New Zealand soil. Watching Papamoa-resident Michaela Blyde sprinting away for tries was the highlight of the weekend for me.

Cricket has always been more progressive when it comes to promoting the women’s game particularly since David White has been in charge of NZ Cricket.

Double headers with the Black Caps were successfully launched three seasons ago. This Sunday at Bay Oval the White Ferns and Black Caps are both in action.

The White Ferns completed their three match ODI series against South Africa on Thursday. Game one of five Twenty20 internationals between the sides starts at 4pm on Sunday. For both teams it is their final preparation for the ICC T20 Women’s World Cup to be played in Australia from February 21 to March 8.

Since its inception in 2009, the tournament has been dominated by Australia who have lifted the trophy four times, with England and the West Indies enjoying one win each.

The White Ferns have made two finals but are yet to get over the line. Sunday is a great opportunity for Bay of Plenty cricket fans to show their support for the White Ferns. It is the least they deserve.

As for the Black Caps, well it would be hard pressed to find a sporting team anywhere in the world that could go from being so close to world champions at ODI level in July to the rabble that performed so abysmally in Australia.

The all-conquering Indians look likely to have little trouble in posting series wins here in all three forms of the game.

There seems a reluctance from selector Gavin Larsen and coach Gary Stead to inject new blood into the team. Not tried and failed options like leg spinner Todd Astle and pace bowler Hamish Bennett but fresh new talent.

The good news looking ahead is outstanding batting prospect Will Young is back playing after shoulder issues and should soon begin a long tenure at the top of the order.

Last weekend South African import Devon Conway became the third man in New Zealand's domestic cricket history to score a first-class, T20 and List A century in the same season. The 28-year-old is eligible for New Zealand in September.

So there is at last some quality batting support coming for Kane Williamson and Ross Taylor.