No signs of Queensland fruit fly breeding in NZ 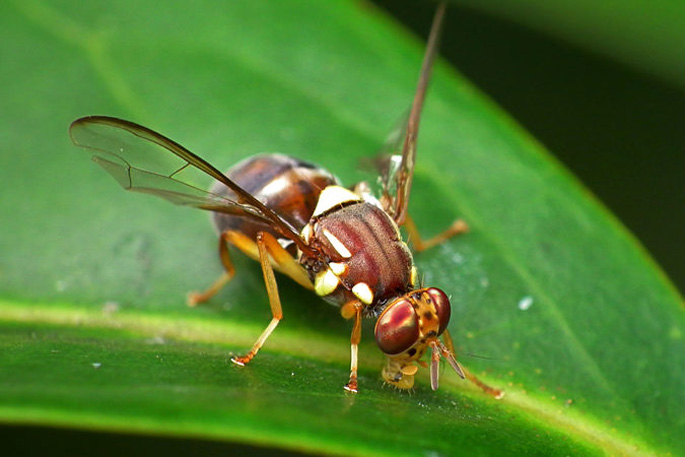 After nearly a year-long, $18 million operation, New Zealand has once again been declared free of the serious pest species, Queensland fruit fly.

A biosecurity response was triggered in the Auckland suburb of Northcote in Feburary 2019, after a Queensland fruit fly was detected in the area.

The fly is a serious pest that could harm a range of fruit crops in New Zealand.

Biosecurity New Zealand spokesperson Cath Duthie says during the operation nearly 6000 homes were put under controls restricting the movement of certain produce and one-and-a-half tonnes of fruit collected from the area was inspected.

Cath says in total, 10 male flies were detected, but biosecurity officials found no evidence of a breeding population.

She says there had not been any detections in the past six months and it had now ended its fruit fly operation.

"It's now been six months since a fly was last trapped in the area, and this, along with an intensive baiting programme throughout the spring and the inspection of hundreds of kilos of fruit without a find, has given us confidence there is currently no breeding population of the Queensland fruit fly in Northcote," she says.

Cath says the controlled area was now lifted and there were no longer restrictions on moving fruit, vegetables and green waste. The biosecurity wheelie bins that had dotted the neighbourhood would now be removed and road signs would be dismantled.

"However our nationwide routine surveillance will continue with our system of 7800 fruit fly traps spread across the country and more than 4600 of these in the Auckland area. These traps are set for three exotic fruit fly species of concern. The Queensland fruit fly, Mediterranean fruit fly and Oriental fruit flies."

Cath says the operation had been a collaborative effort between Biosecurity New Zealand, horticulture industry partners, AsureQuality (MPI's operations provider), a number of local authorities and the community. It was the second fully cost-shared biosecurity response under the Government Industry Agreement, she said.

"All up, this response is likely to cost around $18 million which is a considerable sum of money. However, when you balance this with the significant management and trade impacts on New Zealand's multi-billion dollar horticulture industry, it's a sound investment," she says.