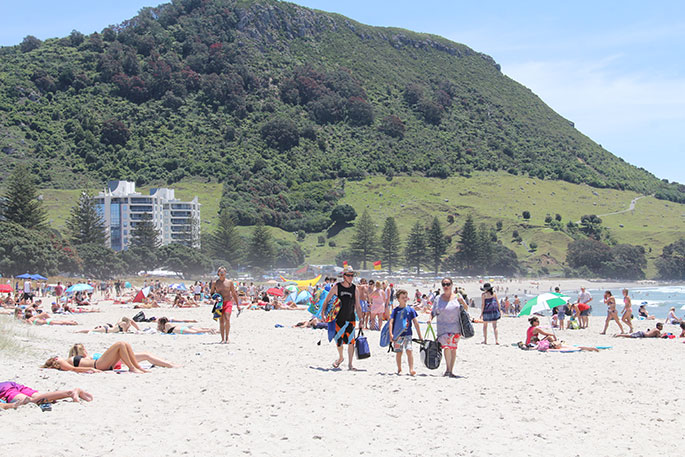 Temperatures are set to rise this weekend. File photo/SunLive.

An intense heatwave in Australia will cross parts of New Zealand this weekend and the first two days of next week, pushing overnight lows above 20 degrees and potentially daytime highs in some eastern areas into the late 30s, says weatherwatch.co.nz.

“The South Island gets some of this heat this weekend, then it locks in over the North Island into the start of next week.

“However, the Southern Ocean is very stormy for the next week - it will bring surges of gales and then colder weather too.”

Metservice says As well as warm; it will be windy, as those northwesterlies bring gales to the mountains and exposed areas near the coast. MetService already have several strong wind warnings in place, and although the wind will ease on Friday, it will be coming back with a vengeance on Saturday. In addition to this, the humid air will bring persistent heavy rain to the southern West Coast and Fiordland between Sunday and Tuesday, where slips and surface flooding will be possible.

Meteorologist Tom Adams explains “The combination of warm, humid air with strong northwesterly winds leads to a marked heating effect in eastern areas. This will add several extra degrees to the already high air temperatures. Unfortunately, these warm temperatures will stick around at night too, meaning uncomfortably muggy conditions to sleep in.”

It will be Tuesday at least before a cold front sweeps away the muggy air from the South Island, and the front then weakens over the North Island so warm temperatures are likely to continue there well into next week. This means that several locations are likely to meet heatwave conditions, where daily maximum temperatures exceed monthly averages by five degrees for five or more days in a row, says Metservice.

It’s been a beaut and long may it continue. No need to complain or prattle on about climate change.