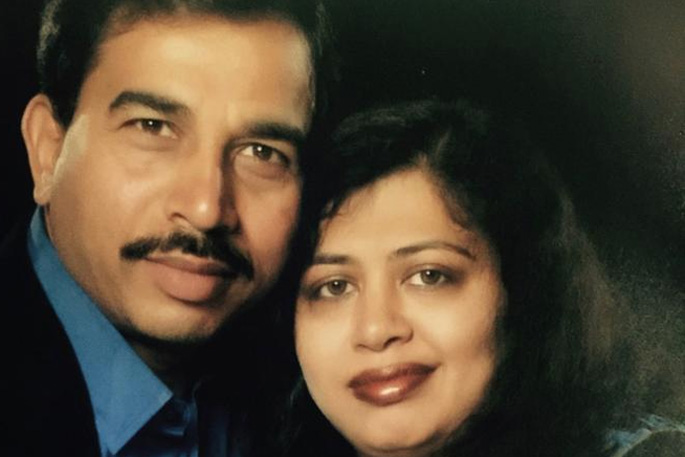 The family of the 21st victim of the Whakaari / White Island eruption have urged tour operators to have proper safety equipment, saying such items would saved their relatives' lives.

Indian-American entrepreneur Pratap 'Paul' Singh suffered 55 percent burns in the volcano eruption on 9 December last year. He transferred from Whakatāne Hospital on 10 December to the Critical Care Unit in Middlemore Hospital and died on Tuesday.

His wife Mayuari 'Mary' Singh was also admitted into the Middlemore ICU with 72 percent body burns and she died after 13 days on 22 December 2019. The couple leave behind an 11-year-old son and 6-year-old twin daughters.

In a statement released through New Zealand Police, the dead man's nephew, Bhupender 'Vick' Singh, says having the proper safety equipment on the island would have avoided his aunt and uncle's tragic and painful deaths.

"I visited Paul and Mary every day since December 10 while they were at the Middlemore Hospital, the last 50 days of my life were distressing, slow and agonising painful," he says.

"I seriously request and encourage volcano tourism in NZ and around the world to charter proper safety equipment, including appropriate heat resistant gear/clothing, safety glasses, helmets and face masks."

The family paid a moving tribute to the man they said doctors called a "fighter" after he put up the 50-day battle to survive throughout surgeries and treatment.

Vick Singh says the family's thoughts are with the remaining White Island survivors.

"Our family continues to pray for a healthy and fast recovery of the remaining survivors. We offer our sincere condolences and do share the pain and sorrow of the families who have lost their loved ones in this tragic incident," he said.

They commended medical staff at Middlemore Hospital for their efforts, as well as the emergencies services and authorities.

Vick Singh describes his uncle as a spiritual, kind-hearted figure well known in the Indian-American community, who had been passionately involved in philanthropic and social service activities in his city of Atlanta, Georgia.

The family would be opening a Givealittle page to continue his efforts helping children in need.

"As the President of SEVA International Atlanta USA chapter, he led the Sponsor-A-Child initiative - a project that funds hundreds of under-privileged children for education and health care," he says.

"He also served as an organisational member/sponsor to many local temples including ISCKON, Hindu Temple, Shakti Mandir.

"For his volunteer work, he was honoured with the prestigious Bharat Gaurav (India's Pride) Award in 2012 for his outstanding contributions and numerous leadership roles. Additionally, as an Atlanta patron, he was an active contributor to the advisory boards and neighbourhood planning units."

He says Mary Singh would be remembered as a "supermum" who showed culinary expertise, kindness and who had been an ambitious professional.

"I'm sure that anyone who enjoyed any of her meticulously prepared handmade meals can certainly vouch for her. She was one of a kind - we love her, we miss her so much."