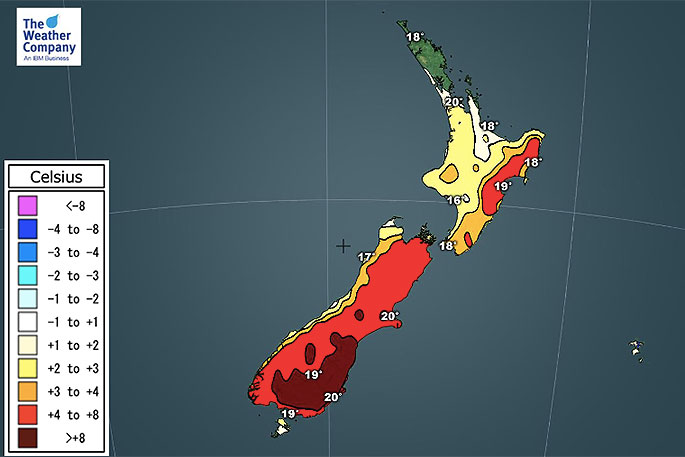 Struggling to sleep due to the heat and humidity? You're not alone!

Muggy conditions are on the rise over parts of New Zealand, in particular the upper North Island which is being fed sub-tropical and Australia airflows.

This warmth plus humidity increases in the days and nights ahead, with perhaps no relief for at least another week, says WeatherWatch.co.nz

The peak of the warmth will be around Monday and Tuesday.

"Overnight lows will be around 20 degrees in many upper North Island centres with the humidex (or feels like) temperature at least four or five degrees higher.

"The sleepless nights give many people that 'zombie mode' feeling during the day after, especially if you're working in a hot building/work place.

"We encourage all managers/bosses to take that into consideration at this time of year, as Kiwis struggle to get back to work (and school) after the summer holidays and now a week of hot nights for more than half of the population," says the weather organisation.

"Also - good luck to the teachers (and students) facing some hot classrooms over the next week!

"The first surge of Aussie heat moves over the South Island on Saturday/Saturday night, then moves into the North Island and upper South Island until early next week."