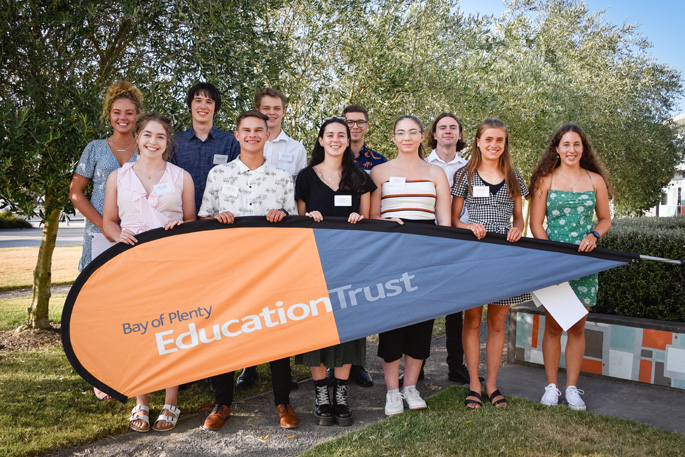 Just shy of $115,000 has been awarded to Western Bay of Plenty students in the Bay of Plenty Education Trust’s latest scholarship round.

Thirteen WBOP students about to embark on tertiary education will each receive $6,000 in instalments during their studies, thanks to the Trust’s Science, Technology and Emerging Industries Scholarships.

The 13 are joined by six Eastern Bay of Plenty recipients. The scholarship winners are determined by the individual colleges / high schools. Each year the Trust gifts scholarships to as many as 20 students about to embark on tertiary studies and graduating from coastal high schools and colleges between Katikati and Opotiki. Colleges with more than 1,000 students are eligible for two scholarships.

BOP Education Trust chairman Roger Loveridge says the number of recipients to receive the scholarship over the years now stands at 327.

“That’s an investment of $1,589,750 in the tertiary education of our young people,” Mr Loveridge says.

The BOP Education Trust also supports the InStep Programme run by Priority One, and its Eastern Bay of Plenty equivalent, the ToiEDA. In addition, the board also has a Future Leaders Programme.