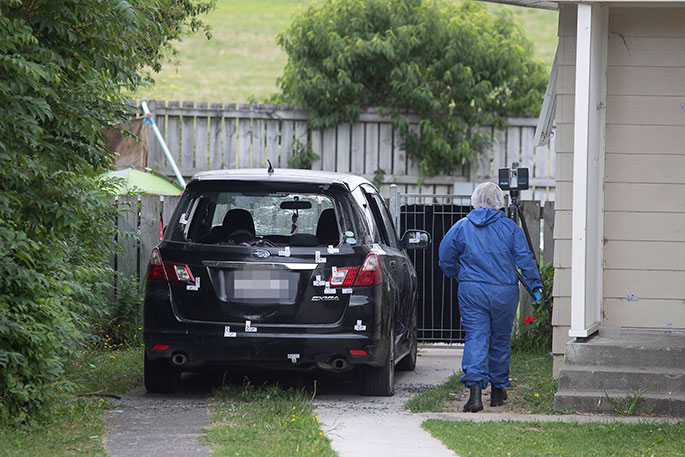 The men were arrested following a shooting in Harini and Te Puke on Tuesday. Photo: John Borren/SunLive.

The men arrested in connection to shootings in the Western Bay of Plenty in recent days have been granted interim name suppression.

The accused, aged 19 and 23, appeared in Tauranga District Court this afternoon facing charges of unlawful possession a pistol.

The pair were arrested following two separate shootings on Tuesday.

In the early hours of Tuesday morning, police were called to a shooting at a Hairini property, where a large number of shots had been fired towards a house and vehicle.

Later that same day, armed police flooded the Western Bay of Plenty after reports of a shooting on No.2 Road, near Te Puke.

During their brief court appearance today, the pair were remanded on bail and ordered to not associate with the Mongol Nation gang or each other.

Other bail conditions include them not to consume or possess alcohol or illicit drugs, and not possess firearms.

The 23-year-old has been remanded until February 13, while the 19-year-old will reappear in court on February 3.

Cannot believe these 2 got bail with such crazy conditions. Can almost guarantee that they didn’t have a firearms license to start with let alone a license for a pistol. Therefore shouldn’t have had it in the first place. They obviously don’t care.

So this the the Labour governments idea of cracking down hard on on gun crime after the Christchurch shootings?! The pair get bail and told not to don’t drink alcohol and posses a firearm, pathetic...