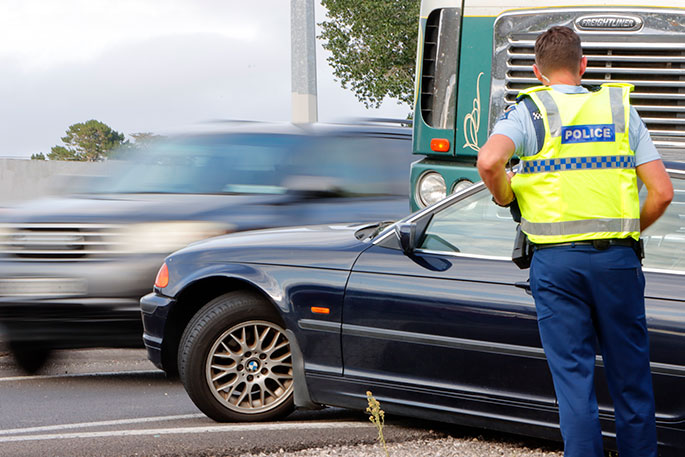 The crash happpened on Takitimu Drive at about 7.30am. Photos: Bruce Barnard/SunLive.

A logging truck driver involved in a crash on Takititumu Drive this morning says the car he collided with “came out of nowhere.”

Emergency services were called to a crash between a logging truck and car on the Takitimu Drive off-ramp at about 7.30am.

“I didn’t even know it was happening, the vehicle just came out of know where. When I did it hit them I thought the wheel had come off,” says the truck driver.

“It wasn’t until I came to a halt and saw people walking out in front of the truck, that I realised there was a car there.” 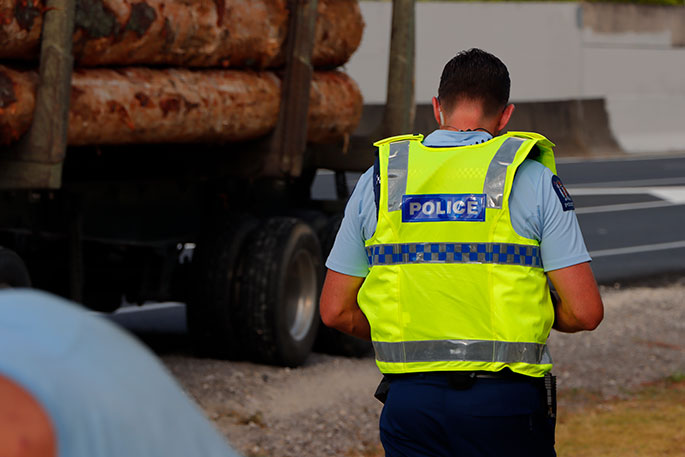 Two people sustained injuries, one moderate and the other minor, says a police spokesperson.

“I’m just glad I put the brakes on when I did, because if I hadn’t, then I would have gone right over the top of them. It was good I was travelling slowly,” says the truck driver.

“The main thing is that everyone is alright.”

The logging truck driver, who was carrying 45 tonnes, says he is uninjured. 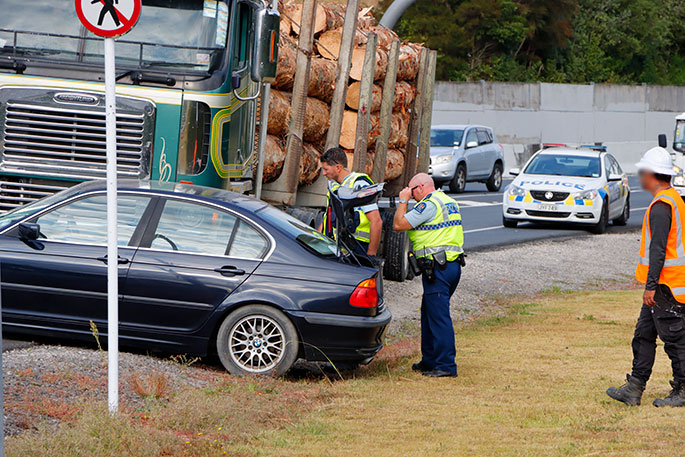