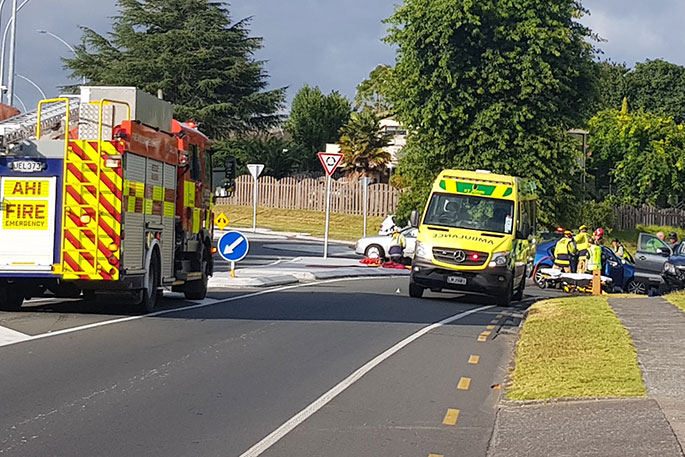 UPDATED 8.28AM: The city-bound lane of Waihi Road is blocked following a crash this morning.

A reporter at the scene says firefighters are working to free one person from one of the crashed vehicles.

"It looks like there are two vehicles involved. Fire, police and St John Paramedics are at the scene.

"Firefighters are working to free one person from the car and putting them on a nearby stretcher.

"There is a bit of traffic, but it is still flowing." 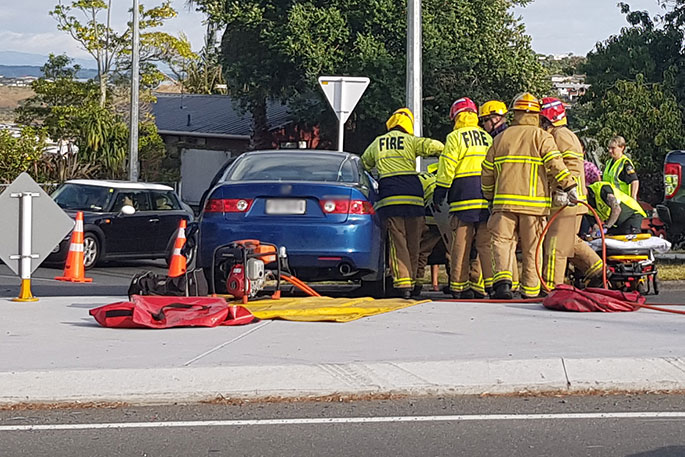 Reports are coming in of a crash on Waihi Road.

A caller to the 0800 SUNLIVE news hotline says two vehicle have crash at the intersection of Waihi and Cambridge roads.

People are advised to expect delays in the area.

How many accidents have happened since the intersection was up graded. Seems to be more than when the roundabout was more of a two lane.