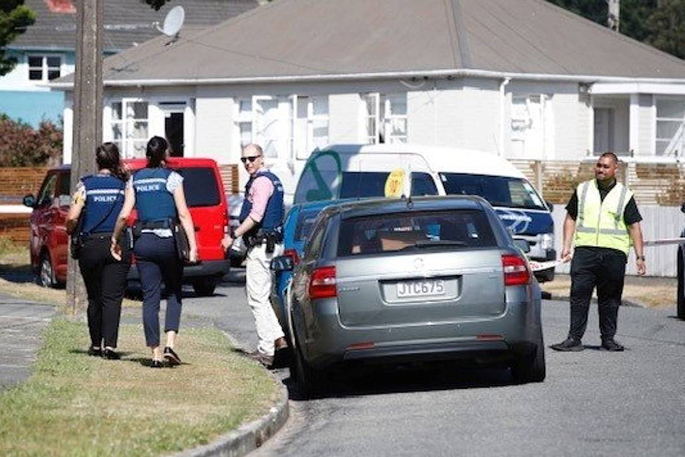 Police have launched a homicide investigation into a Bay of Plenty man’s death. Monique Ford/Stuff

A homicide investigation has been launched into the death of a Bay of Plenty man in Taita yesterday.

Emergency services were alerted to a man with critical injuries near the intersection of Futter Grove and Hughes Crescent at around 5.30am, Detective Senior Sergeant Nick Pritchard says.

“The man, a 56-year-old from Bay of Plenty, was confirmed deceased a short time later.

“A scene examination has continued today and Taita residents can expect to see a continued police presence in the area in the coming days as further enquiries are undertaken.”

A cordon staffed by private security had been set up on either side of a property on Hughes Crescent.

On Sunday afternoon, Police activity was focused around a blue police tent inside the cordon near where a large group of people, some of whom were crying and hugging one another, gathered.

Neighbours saya body was found outside one of the houses at about 5am on Sunday.

Saturday evening had been quiet, and they did not hear anything out of the ordinary, they say.

Police would still like to hear from anyone who has information which could assist our enquiries, including anyone who heard or saw anything suspicious or concerning in the area overnight between Saturday, January 25, and Sunday, January 26, Nick says.

Information can be passed on anonymously through Crimestoppers on 0800 555 111 or by calling 105.