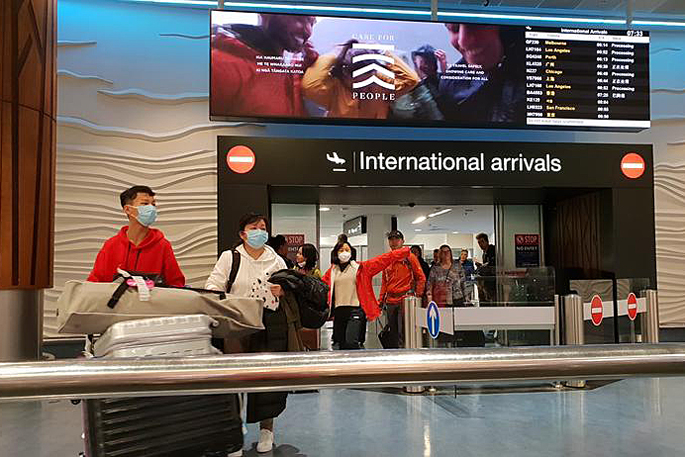 Passengers this morning at Auckland Airport, where flights from Guangzhou and Shanghai had touched down. Photo: RNZ / Liu Chen

Health professionals started the first screening for the deadly coronavirus with passengers from two flights from China that landed at Auckland Airport this morning.

The two flights are from Guangzhou and Shanghai, both cities have confirmed cases of the virus. The virus is thought to have originated in animals and has killed 56 people since it broke out in Wuhan, Hubei.

Cases have been confirmed in Japan, Taiwan, Nepal, Thailand, Vietnam, Singapore, Australia, the US, and France.

People from the two flights to land were wearing face masks as they came into the international arrivals hall. One woman, Jennifer, told RNZ people were wearing the masks while on the plane.

Director of Public Health Dr Caroline McElnay says the news that had come in overnight that coronavirus could infect people during incubation had yet to be reviewed.

"That's not something we have been informed about officially. My team are looking at what we have received and exactly what the facts are in terms of what's known about infectivity before symptoms. Yes it makes it much more challenging to contain and manage this virus. But we need to be really clear about what the facts are.

"The nurses are there along with other public health staff to make sure people coming of the planes from China are aware of the symptoms of coronavirus. We expect that anyone off that plane is already well aware because they have come from China."

There is now a facility at the airport for people found to have high temperatures to be directed to.

One of the challenges for screening was that a high temperatures could be a symptom of other infections. At present it was influenza season in the Northern Hemisphere, and people with high temperatures were more likely to have the flu than coronavirus, Caroline says.

"It's a bit like looking for a needle in a haystack."

The only test for coronavirus - a blood test - takes a couple of days for results to be returned, but New Zealand doesn't have the ability to do that test yet. Samples must be sent to Australia.

Caroline says the test would be available here later in the week.

She says the situation was being reviewed daily and the evolving situation was what led to the positioning of staff at the airport on Monday.

Up to 1800 people a day arrive in Auckland and Christchurch from China on six flights from Shanghai and Guangzhou. Both cities have dozens of confirmed cases.

An international student arriving in Auckland this morning planned to wear a face mask for the next 10 days.

The man, who didn't want to be named, arrived on the flight from Guangzhou.

He says while no one asked him to, he would try and quarantine himself.

"I'm pretty afraid, they argue about the people from China which is wearing the mask so I think I should keep it on.

If he did go out in public he will keep the mask on, he says.

The student says the flight was normal except for everyone wearing masks on the plane.

"The only have a temperature test at Guangzhou airport but it's like before boarding, it's not even before the security."

Prime Minister on the government response 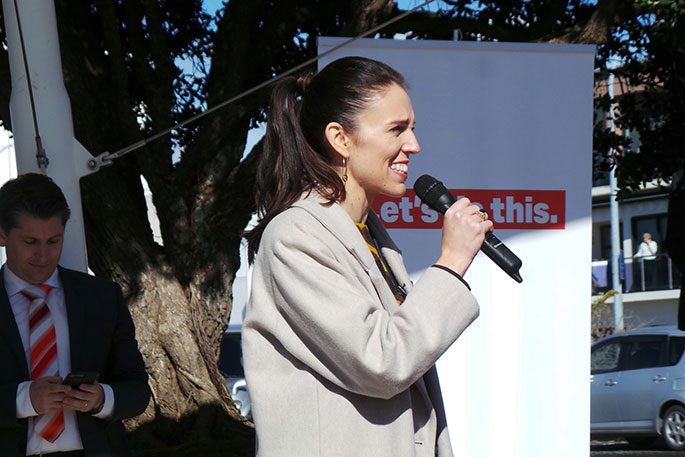 It will go through a process to ensure coronavirus was listed in New Zealand as a notifiable disease.

"That is not getting in the way of the response, it's just a more formal part of the process we need to go through."

She says the government made no apologies for the fact that "even though we do not have a case to date in New Zealand we are really rolling out everything we can including work at the border... We have taken the extra steps of putting health officials at the airport even though we don't have direct flights from (Wuhan)."

The Ministry of Foreign Affairs and Trade hadn't contacted Ardern about evacuating any New Zealanders from the Wuhan area, she said.

"That's something I'll talk to MFAT about."

MFAT says it was responding to four requests for consular assistance but had no plans for evacuations.

Sixteen New Zealanders are registered in Hubei Province, where Wuhan is the main city.

Asked about the National Party's criticism of the government's response to coronavirus, she says they were "doing what oppositions do".