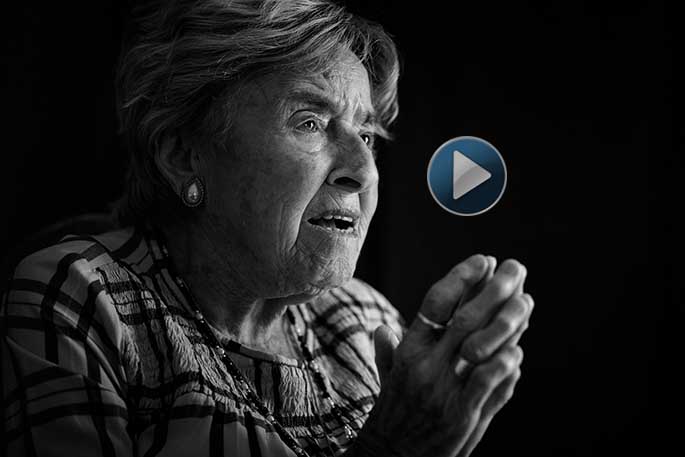 An exhibition honouring the survivors of the holocaust through images of current day Auschwitz will open at Bethlehem College this evening.

The photographic exhibition titled ‘Auschwitz. Now’ tells the stories of holocaust survivors and will be open to the public at the school’s performing arts centre from January 25 to February 5 before embarking on a nationwide tour.

Curators of the exhibition, Perry and Sheree Trotter, have been interviewing and photographing holocaust survivors around the world for more than ten years.

This month marks the 75th anniversary of the liberation of Auschwitz, the largest and most deadly complex of concentration camps built by the Nazi regime.

Perry says that although their visit to Auschwitz was very difficult, their strongest impression from their time there is that Europe has not taken full ownership of its role in Jewish suffering.

“Hence, the title ‘Auschwitz. Now.’ It hints at the notion that the antisemitism that drove Hitler’s annihilation of European Jews is still a present reality,” says Perry. 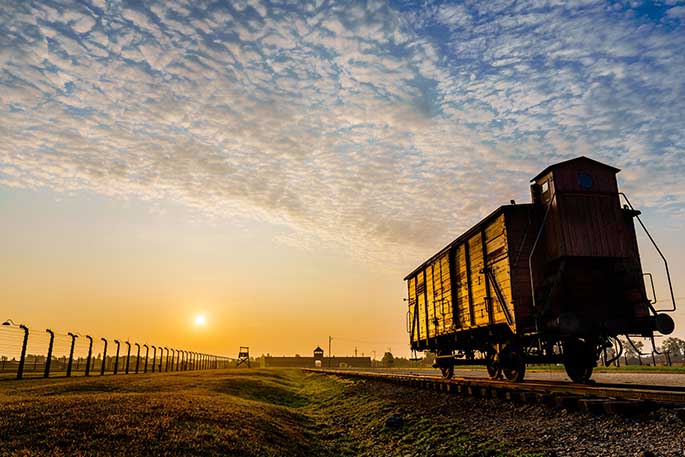 Speaking of what motivates them, Perry says “telling the stories of the survivors is our core work”.

For this exhibition they decided it was time to travel to Europe and experience Auschwitz firsthand, but what shocked them most during their visit was people’s attitudes towards the holocaust.

“The memory of the Holocaust is quickly being lost. Meanwhile antisemitism and extremism is increasing at an alarming rate.”

"Because we had spent so much time listening to survivors, there was a certain familiarity about the places we saw," says Perry.

"Despite that, it was pretty tough going, it’s quite incomprehensible what happened there.

"The shock to me was more in the general engagement of society, there didn’t seem to be real ownership of what had happened there 75 years earlier.”

The exhibition title hints at the notion that the antisemitism that drove Hitlers's annihilation of European Jews is still a present reality, says Perry.

He says their exhibition plays a role in resisting these anti-semitic attitudes, as it presents a "well-rounded" introduction to the issue.

Perry, and Sheree - who interviews the survivors, both spent hours talking with and photographing individuals for their projects.

“Telling the stories of the survivors is our core work. Our stories are presented in a brief format and curated to reach a new, media-savvy audience, particularly the younger generation," says Perry.

To date, the pair have captured the stories of 70 survivors resident in Australia, Israel, USA and New Zealand.

Their first exhibition, Shadows of Shoah, was launched by Prime Minister John Key in 2013 and toured museums, galleries and public spaces from Invercargill to Whangarei.

January 27 is International Holocaust Remembrance Day and is also the anniversary of the liberation of Auschwitz.

The official launch of the ‘Auschwitz Now is at 7pm tonight, Saturday January 25, at the Bethlehem College Performing Arts Centre. Admission is free, but registration is requested. There will be an opportunity to give a koha.

To learn more about the launch, exhibition and 75th anniversary of the liberation of Auschwitz, further information is available at www.25january2020.com.