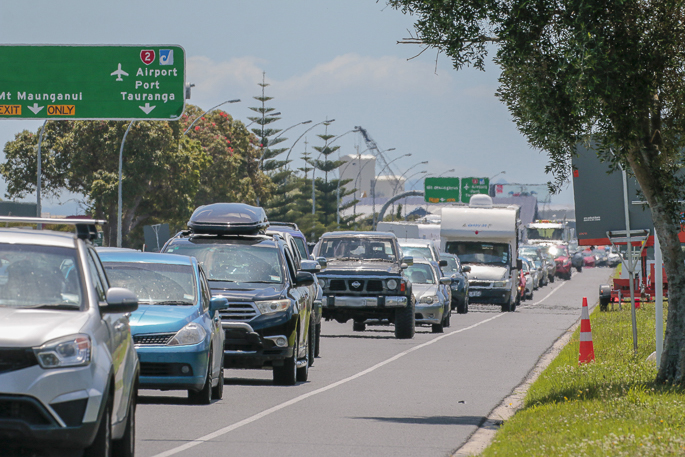 Plan ahead, and be patient to ensure a safe journey on Bay of Plenty and Waikato roads this weekend.

System manager Rob Campbell says with the Waikato and Bay of Plenty forecast to receive warm, fine weather for the holiday weekend, motorists should prepare for the roads to be busier than normal as people head for holiday hotspots.

The Transport Agency has an interactive holiday journeys map for the long weekend, which shows predicted traffic flow across popular routes based on previous years’ travel patterns over Auckland Anniversary weekend.

“In the Bay of Plenty, motorists should be prepared for heavy traffic on State Highway 29 over the Kaimai Ranges, on State Highway 2 between Paeroa and Waihi, and again between Katikati and Tauranga,” he says.

“State Highway 2 will remain closed at Ngatea through the holiday weekend, with a signposted detour in place. However, Ngatea’s CBD and nearby businesses remain open for business and are accessible by an alternate detour.”

Rob also cautioned motorists to be aware of a large number of events taking place in the Waikato and Bay of Plenty and the impact these may have on traffic.

A rowing regatta at Lake Karapiro and two major concerts in Taupo and Whitianga.

“In the Bay of Plenty, Tauranga will host the two-day One Love music festival. This will see Tauranga City Council close a number of roads surrounding the Tauranga Domain to ensure attendee safety.”

“There are a large number of events happening in the Waikato over the weekend, including the World Rugby Sevens tournament in Hamilton, the Festival One music festival at Mystery Creek, a rowing regatta at Lake Karapiro and two major concerts in Taupo and Whitianga,” he says.

Motorists are encouraged to take extra care when travelling over the holiday period due to increased traffic volumes, congestion, tiredness and people driving in unfamiliar environments,” says Rob.

“Consider travelling outside peak times, when traffic is lighter, and allow plenty of time.

“Congestion and delays are inevitable in peak times, but if everyone leaves plenty of time for their journey, drives to the conditions and plans ahead before leaving home, there will be less frustration and everyone can concentrate on arriving safely at their destination."

Plan ahead for a safe, enjoyable journey this summer. Keep up to date with: