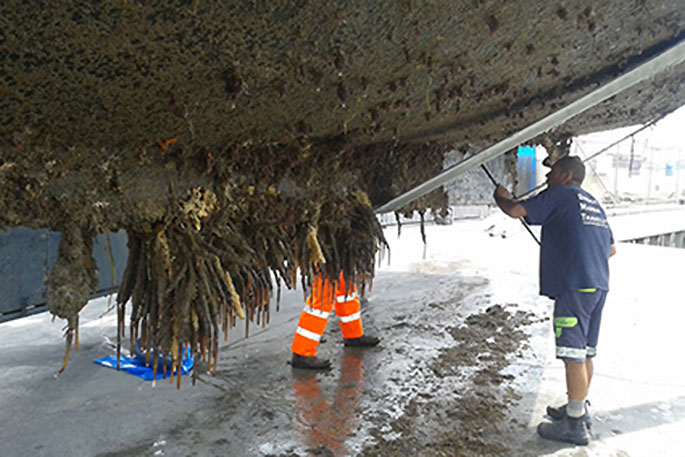 Biosecurity divers have discovered Mediterranean fanworm in their annual survey of marine pests at the inner harbour this week.

The dive team from Bay of Plenty Regional Council carried out the routine surveillance, inspecting hotspots in the marina.

Several fanworms were found and removed by the divers. Samples of the species will be sent away for further testing and dating for maturity.

Fanworm has previously been found in the marina but no new pests were detected during this surveillance dive.

All vessels inspected were clear of marine pests.

"It’s a timely reminder to all vessel owners to ensure hulls are kept clean and free of invasive pests, particularly when travelling between regions.

"Vessel owners should have their hulls regularly antifouled, and recreational users should ensure all gear is clean and dry before entering a new marine area. This reduces contamination of marine pests."

Mediterranean fanworm is found in ports or estuaries in 1m - 30m deep water, attached to a range of surfaces in varying environmental conditions.

Its fast growth rate and prolific breeding habits make it likely to out-compete other species, such as crayfish, and interfere with biological processes.