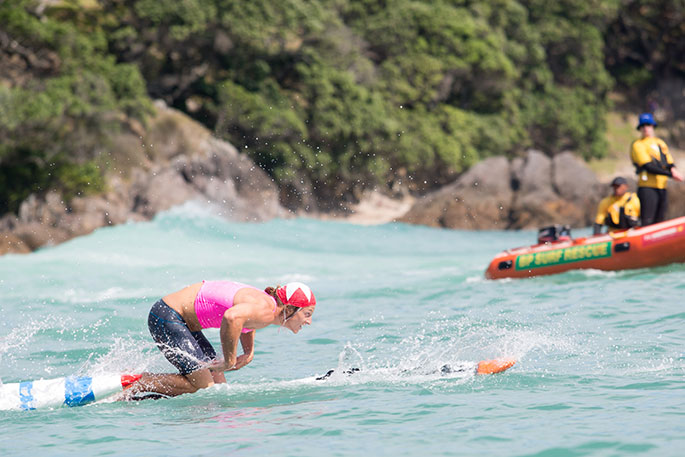 A massive Red Beach contingent will be hoping to recreate some history at this weekend's Eastern Region surf lifesaving championships in Mount Maunganui.

More than 810 athletes from 36 clubs will take part on what is forecast to be the hottest weekend of the year so far, with temperatures expected to soar past 30deg on Saturday at the Bay of Plenty beach.

It's traditionally the second-biggest carnival on the surf lifesaving calendar, behind only the national championships, and will return to the Mount after a year's hiatus in Gisborne.

Red Beach has the biggest contingent coming, with 84 athletes from the North Shore club set to compete.

Red Beach last won the ERCs title in 1999 - the final act of an incredible 12-year streak which brought the club 10 titles, starting from 1987.

That record has since been surpassed by hosts Mount Maunganui, with 11 wins in the past 14 years, including the last nine in succession.

Red Beach coach Jack Gavin says his squad has suffered a couple of late injuries but they were still looking forward to a successful weekend in some shape or form.

"All the athletes are really excited and they're looking forward to competing this weekend.

"Over the past three seasons, we've made retention a real focus and focused on making the club an awesome place to be around and it's meant that we now have a good open men's contingent for the first time in five or six seasons.

"That's had a real flow-on effect for the rest of the squad, as the young ones coming through have some experienced role models to look up to and chase."

Gavin also praised his canoe captain Dave Young, who has been doing a great job encouraging squad members to stay involved by jumping in canoes.

Mount has a young squad this year but can still boast past or present national representatives Lincoln Waide, Hamish Miller, Andrew Newton and Declan Dempster.

While Lyall Bay, Papamoa and Orewa also have big contingents, some of the smaller clubs will also make an appearance.

Foxton's Haylee Cudby is the only representative from her club, competing in the under-16 division, while Opunake, Omaha and Sumner also have small squads.

"There's a bit of nervous excitement but it's great chance for individuals to get some more experience against some good athletes before the big dance at nationals in March," says St Clair coach Conrad Stedman.

The carnival also doubles as the second round of the New Zealand surf boat series, with 35 boat crews competing at Grove Ave, further down the Mount Maunganui coastline.

The first round of the series was at Waimarama a fortnight ago, with the third round at Waihi Beach next month.

As well as hot weather, the surf conditions also look favourable, with a 1m swell predicted for Saturday and slightly smaller on Sunday.

Action gets underway at 8am both days, with the public warmly encouraged to attend.