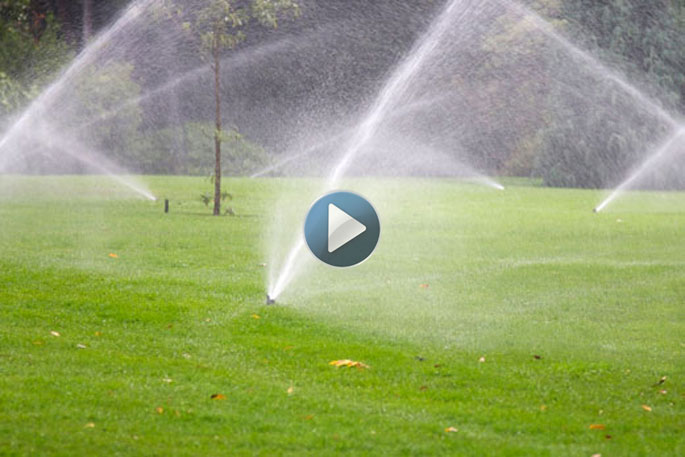 Last Monday, demand hit 58 million litres per day. That’s the highest use on record since water meters were installed. Watch the video below for tips on how to save tips this summer.

A sprinkler ban will be in force in Tauranga starting at 9am today.

The ban is being enforced following peak water usage combined with a hot, and mostly dry weather forecast.

That’s the highest use on record since water meters were installed.

This means Tauranga City Council is asking residents to stop using all sprinklers and irrigation systems until further notice.

Residents can continue to water their gardens, by hand-held hose, at the cooler times of day, between 5am and 8am, and from 7pm to 10pm.

‘With temperatures climbing recently we’ve seen a further jump in water use.

“The absence of rain in the foreseeable future means we now need to place a ban on the use of all sprinklers."

Stephen says restrictions are necessary when usage of drinking water is above the threshold of 50 million litres, for more than five days in a row with no significant rain in the foreseeable forecast.

“Our water treatment plants are under a lot of pressure during summer. There’s a limit to the amount of drinking water we are able to treat in a day and in the last fortnight we’ve been getting close to that limit.

“We delayed restrictions so far, in anticipation of predicted rain. As that has not materialised and next week is predicted to reach temperatures of up to 32 degrees, we now need to take action.

“We urge people to be mindful of how they use water. Small changes in and around the house can go a long way, especially when it comes to watering the garden.”

Sprinkler restrictions aim to reduce outdoor water use to avoid the need for more stringent measures. Should water use remain high, the next step would be a hose ban.

Tauranga City Council is investing $150 million in the development of the new Waiāri water treatment plant, that will provide relief for the city’s drinking water supply and meet the future needs of Tauranga.

For further information and tips on water conservation in and around the house, head to www.tauranga.govt.nz/savingwater.

Why do we have water meters then,agree with Mein Fuhrer,about dealers ALSO,What about big Tankers getting 100s of thousands of litres from a main on Truman lane,nothing said about this eh TCC, They could use drain water like they did when the new motor way started, we sucked it out at bruce road entrance and we carted back to job,i know cause i did it,salt water could be used as well to keep dust down, and its free, but hang on its better to use the mains water, come on TCC WHERE IS THAT HUGE TANK BUILT FOR WATER,WITH A PICTURE IN THIS PAPER, just wondering,what about a pump in tauriko near river its running out to sea,what would i know,everything falls on deaf ears in TCC, we have meters and should not be punished for using water,pay for what you use thats fair,10-4 out. phew.

Water is a precious commodity that is becoming more precious. Dumkopf2 is absolutely right: we should not be exporting it. In fact, I believe there should be a ban on exporting it in perpetuity. For a short-term gain we are signing up to long-term contracts that we will regret in the future. Murray says there’s plenty of water. Perhaps he’s right but it doesn’t alter the fact that this is an essential, life-giving commodity which we should be preserving and valuing. (A true "taonga"...) If you are right, Murray, and it is just administrative ineptitude that has led to the sprinkler ban, then what do recommend be done about it?

murray guy i beg to differ with you. if they can ship water overseas and make a profit surely they can truck water from various places and keep the resiviors topped up

dumbkof2, NO shortage of water

The sprinkler restrictions are ONLY an outcome of the City Council choosing to delay meeting our growth needs, our ability to collect, treat, store and reticulate water. Hopefully the Waiari Scheme under way will be on line 2022. There is ZERO connection between water exports, rural irrigation etc and our sprinkler restrictions, with plentiful supplies available and heading straight out to sea. Many in our city (especially Mount Maunganui) have their own water bores, some have storage.

After installing a tank below the drip pipe on the air-conditioning unit a few years ago, I discovered it was producing around 50 litres of water per day on the hottest days. I installed a tap and connected some hose pipe and now have permanent irrigation that waters the garden through the summer.

Good thing i don’t have a sprinkler, I use a hand held hose to water my precious garden, how about banning car dealers from washing their cars instead. And yes good point dumbkof2, stop selling water to foreign interests.

so now we have a sprinkler ban because of water shortage but we can still send shiploads of it overseas. what gives