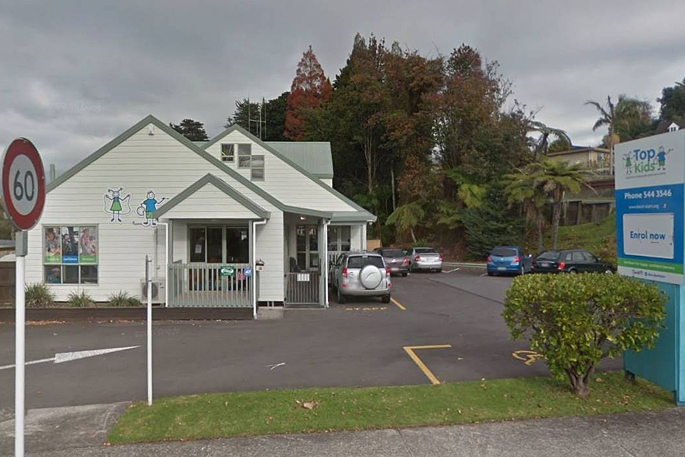 An early childcare teacher has been censured for serious misconduct after a three-year-old was left bruised after being picked up "rugby style" and squeezed.

The incident, details of which are spelt out in a Teaching Council Complaints Assessment Committee ruling, took place at the TopKids early childcare centre in Tauranga in February 2018.

The ruling revealed registered early childhood teacher Kirstene Hutana​ was "frustrated" by the behaviour of the child, who she moved into a bathroom and away from the other children.

The child informed their parents later - one of which also worked at the same ECE - and marks described as 20cm long and a bruise the size of a 50 cent coin were later photographed.

Kirstene, who was sacked from her role, agreed with the summary of facts set out by the CAC Discplinary Tribunal, though she says she did not intend to hurt the child.

"Ms Hutana claimed that the child was hitting and kicking and that she was trying to move him the best way she could."

The Tribunal also expressed concern about the fact the child was taken to the bathroom, a move that "borders on seclusion".

"The Tribunal was satisfied that Ms Hutana's conduct met the definition of serious misconduct as the child complained of being hurt, her conduct reflected adversely on her fitness to be a teacher and is capable of bringing the profession into disrepute."

However, the Tribunal also found evidence that Kirstene was contrite about the incident, and had a good teaching history.

She responded to the Tribunal that she was "devastated that this has happened".

"With the intensity of his hitting and kicking I felt I couldn't ask [the other staff member] to try and calm him as he was getting physical, as she was pregnant," Kirstene says.

She also cited safety concerns for other children at the centre.

"When calm words were not working, I made the decision to pick him up rugby style as I was being kicked and hit myself."

The Tribunal say that while this case did not involve deliberate striking of a child, either in anger of as punishment, concerns remained.

"The child involved complained of having been hurt by the respondent so this was not simply a situation involving picking up the child, but also involved the application of sufficient force in the course of doing to cause the child to complain of being hurt."

However, it also says the incident was a one-off and there was "clear evidence that the respondent is contrite and otherwise has a good teaching history".

Kirstene has been censured, had the register annotated and required to complete a professional development course in classroom behaviour management.

She is also required to provide a copy of the decision to current and future employees for a period of two years and to undertake mentoring on behaviour management for 12 months.

There’s always 2 sides to every story. We don’t know the REAL facts. This sounds like a teacher trying to handle best she could for an out-of-control child and PC dictates. God forbid seclusion. . . I hope she didn’t raise her voice. I remember tipping a jar of water paint on girl when I was at kindly some decades ago, the teacher fair revved me. You know what, I was fine. Sometimes accidents happen. Sounds like a good teacher being PC-ingly reprimanded and ruined but hey I wasn’t there.