It’s time to care about the insects 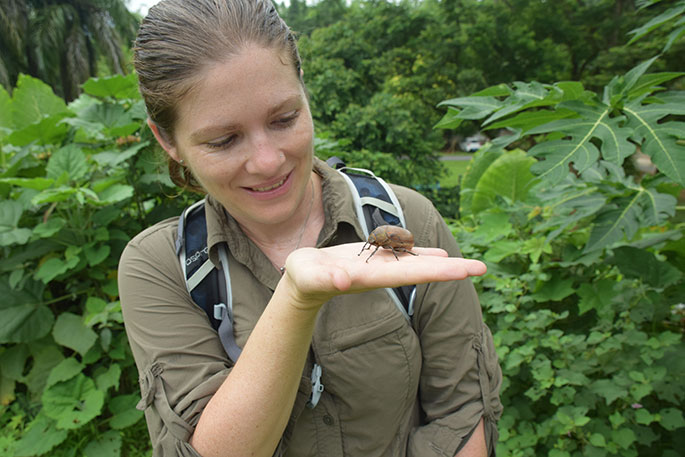 Dr Chrissie Painting from the University of Waikato. Supplied photos.

While reports last year on insect decline calling the situation an ‘insect apocalypse’ have been widely criticised for their methods, Dr Chrissie Painting from the University of Waikato, along with 70 other researchers from 21 countries, says that there is still some considerable cause for concern.

The group has joined together and released an international paper, setting out a roadmap of immediate actions to be taken and research required to investigate the evidence of insect population declines, and solutions to reverse any declines.

“For most insects we don’t know what is going on in terms of their populations, but there is some evidence of decline which is what led to this paper and call to action, aiming to remove the issues now and move towards new solutions while further research is conducted,” says Chrissie, an insect behavioural ecologist.

Some of the immediate ‘no-regret’ solutions put forward include reducing light, water and noise pollution, phasing out pesticide use and replace that with ecological measures, enhancing restoration and conservation programmes and educating for awareness among the general world population.

Chrissie provided a Southern Hemisphere voice to the paper, along with some of her colleagues in Christchurch and Australia, as the paper was predominantly authored by scientists from the Northern Hemisphere. 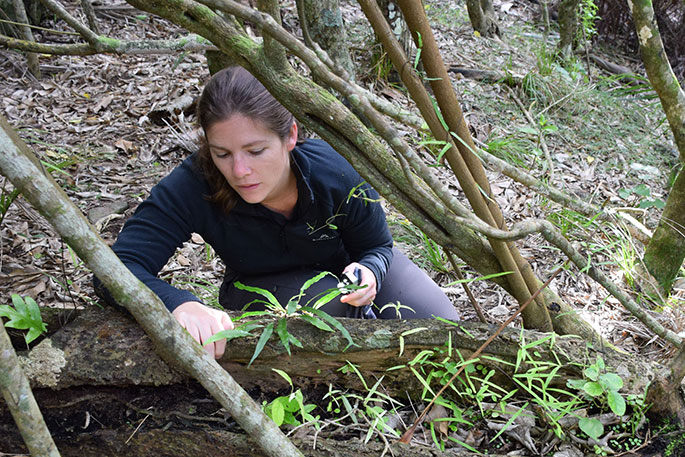 This was important, as insect research and knowledge is at quite different stages between New Zealand and European countries.

“In Europe, the majority of insect species are described and have names, whereas in New Zealand we have an estimated 20,000 species, with only half of those having scientific names.

“This means we face bigger challenges, as we are still learning what species we have here, what their role in the ecosystem is and how human-induced environmental changes are affecting those species."

The German government is currently leading the way in insect conservation, committing funds to the tune of $167 million to combat and reverse declining insect numbers, and the paper recognises this approach as a good example for other governments.

While it would seem that entomologists here should be aiming to rectify the number of species without names in New Zealand, Chrissie explains it’s not that simple.

“There are two big challenges with naming our insects, one being that naming and describing species is a specialist job (taxonomy), and it isn’t as valued as it used to be, and the second being the scale of the task.”

Chrissie works on insect and spider behaviour, especially around mating systems of species such as the New Zealand giraffe weevil that was the subject of her PhD.

“I’m fascinated by insect diversity, and what evolutionary pressures lead to differences between each insect.

“My group has recently begun working on Dolomedes fishing spiders of which New Zealand has four species. Overseas, these spiders have rather extreme mating habits, as after sex the male’s heart stops and the female spider eats him, so I’m looking to see whether we see similar behaviours in our New Zealand species. These investigations help us to understand the evolution of extreme mating strategies in animals.

“After getting involved with this international paper, I’m interested in using behaviour to solve some of the conservation issues identified, and I intend to start working on insect species that might be a bit more at risk and threatened."

The paper highlights the need for this type of research so we know more about our insect populations, to better protect them and ensure their longevity.

However, in the meantime the scientists suggest we should listen to the current evidence and remove the stress factors now.