Riders may feel they have target on their backs 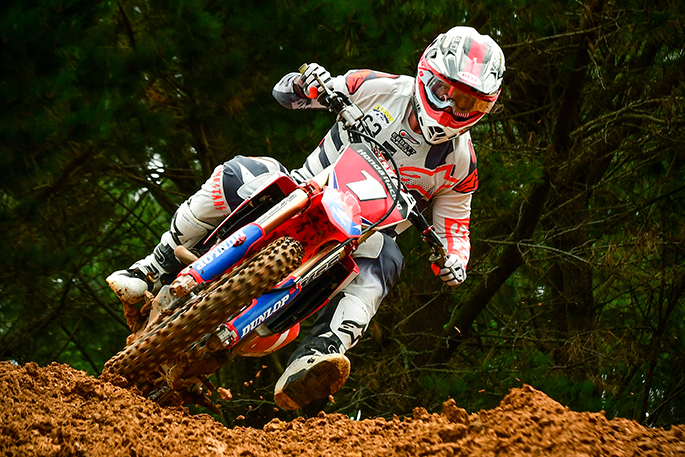 It's tough when you have a big No.1 plastered over the front and sides of your motorcycle – everyone has you in their gun sights, wants to shoot you down and take that title away.

Bay of Plenty's national MX1 motocross champion Cody Cooper can feel the pressure, although it's something he has become accustomed to over the past few years, and he is determined that it will be he who is "firing the bullets" at this year's 59th annual Honda New Zealand Motocross Grand Prix at Woodville, coming up next weekend, January 25-26.

But Cody won't be the only rider at Woodville feeling added pressure with the bold No.1 on their bike – Rongotea's Seth Henson, Invercargill's Seth Morrow, Hamilton's Amie Roberts and Tauranga's Levi Townley are also distinguished national champions in their respective categories and they too will be hoping to add a Woodville trophy to their repertoires.

Seth won the national 12-14 years' 125cc title last April, but he has since then stepped up to the 15-16 years' grade, where he realises it will be much harder for him to dominate.

"I have never won at Woodville in the past, but it's definitely something I want to do," says Seth, who is soon to begin his year 11 schooling at Feilding High School.

"I love racing at Woodville. The track there is so much fun. It usually has lots of ruts and I like to think that riding ruts is one of my strengths.

"I reckon my main rivals at Woodville will be Tauranga's Brodie Connolly, Tauranga's Madoc Dixon and Manukau's Cobie Bourke. I have beaten both Madoc and Cobie in the past, but I think Brodie will be much tougher to beat."

Seth's junior grade races are set for Saturday at Woodville, with senior racing scheduled for the following day.

Mount Maunganui's Cody Cooper was the main senior winner at Woodville last year, dominating the premier MX1 races on the Sunday, earning the Honda star his third Woodville crown. He had previously won the coveted trophy in 2007 and then a second time in 2014. 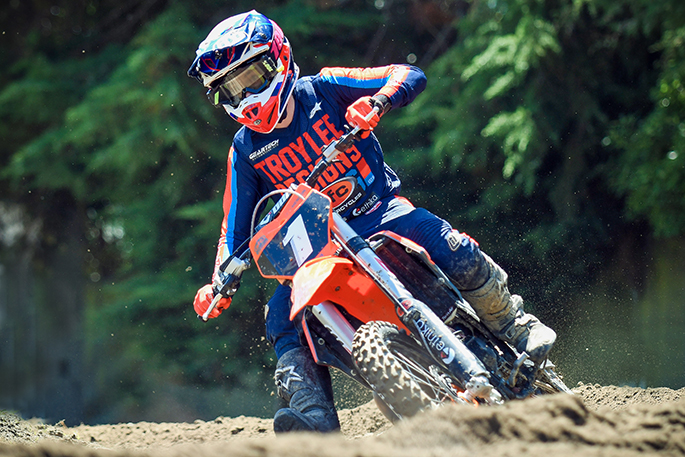 Rongotea's Seth Henson, one of those riders distinguished by having the No.1 on their bike, perhaps making them more of a target for their rivals. Photo by Andy McGechan, BikesportNZ.com

Runner-up to Cody last year was visiting Australian professional Kirk Gibbs and he returns this year, seeking redemption and perhaps a repeat of his 2015 visit, when he was crowned the Woodville champion.

All ages and levels of ability are catered for at the Woodville GP event, with races for mini bike riders, juniors, women, seniors and veterans, with riders of vintage bikes competing on the track in separate races over the weekend too and the novelty river race on Sunday also a major crowd-pleaser.

Racing over the two days attracts thousands of spectators to the Tararua region, filling motel rooms and camping grounds to the point of overflowing, the New Zealand Motocross Grand Prix at Woodville a must-see spectacle for any motorsports enthusiast.