‘We walked straight into it’ 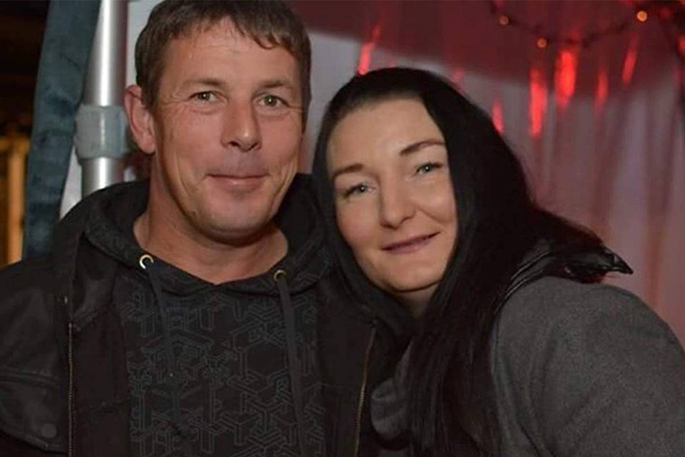 Tauranga’s Kristi McIntyre, right, drowned at Oakura Beach, south of New Plymouth, after she and her husband Danny Brouwers, left, were swept out 500m in a rip. Photo: Supplied

An evening swim to round off a summer camping holiday turned to tragedy for a Tauranga couple when they misjudged a swift rip and were dragged 500 metres out from shore.

On the last day of Danny Brouwers and wife Kristi McIntyre's annual camping holiday, it rained all day, before the weather cleared in the afternoon.

The couple were keen to have their first swim of the break at Oakura Beach, south of New Plymouth before they left to go back to work in Tauranga the next day.

Having grown up in Taranaki, Danny and Kristi were both familiar with the beach and had spent the last three summers camping at the Oakura Beach Holiday Park, usually staying four to five days.

"It had been cold in the days before but we definitely wanted to have a swim before we went back home,” says Danny.

"It had fined up and the sea looked good."

Around 7.30pm on Monday, January 13 they waded into the surf up to their waists in their togs.

"It wasn't deep and the first wave went over us," says Danny.

Within seconds they were being swept out in the undertow.

"One moment we were up to our waists and touching the bottom, the next we could hardly put our feet on the sand.

"The bottom dropped away really quickly and we were swept out farther and farther."

Before long the couple were 500m offshore beyond the inshore breakers, and in serious trouble.

"We tried to swim back but it was so rough out there," says Danny.

"We were resigned that no-one would see us to come out and help."

They held hands to keep together as waves broke over them and pulled them apart.

Totally exhausted, they only had the energy to float on their backs as the rip swept them sideways towards the main beach.

"We were holding hands when a double wave went over us and split us," says Danny.

"I held my breath and when I saw the back of the wave I could see Kristi floating face down in the water."

Danny swam over to his partner and held on to her hand.

There was no-one around except some surfers in the distance.

"I knew Kristi was gone. I didn't want to let go of her.

"I just thought to myself, 'this is it'. I was giving up at this stage."

He estimated the couple had been out in the water for 30-40 minutes. For ten minutes he tried to drag his partner to shore when a surfer appeared.

"I just want to thank that guy whoever he is," says Danny.

"I clung onto the board and we held on to Kristi."

They pulled Kristi's body on board and sped towards shore while Danny remained with the surfer.

He was later admitted to Taranaki Base Hospital in shock and suffering from hypothermia.

He was so cold the emergency medical staff couldn't find a vein to take blood, he said.

It is understood the sea water temperature was 16C.

Four days later Danny speaking on the phone from his home in Tauranga, said the tragic day had left him "broken".

The couple were together for 15 years, and he doubted he would ever return to the beach.

They lived apart for five years while Kristi trained in child care, and Danny, a petrol tanker driver, worked as a tunneller in the South Island, returning home twice a month at weekends.

Eventually they saved enough for a house deposit.

"My only consolation is not having to come back to an empty house because Kristi's daughter lives with us," says Danny.

"Could I have done more to help Kristi?​

"I don't think I could have.

"We had swum at Oakura many times and never had any issues.

"I guess we didn't recognise the rip.

"We walked straight into it."

I know there are no words that can express or convey a person’s heart at such a time as this. Just know that many people stand with you at this time including us as complete strangers. May you find love and peace having known Kristie and from your beautiful times with. My heart truely goes out to you. Rest In Peace Kristie.