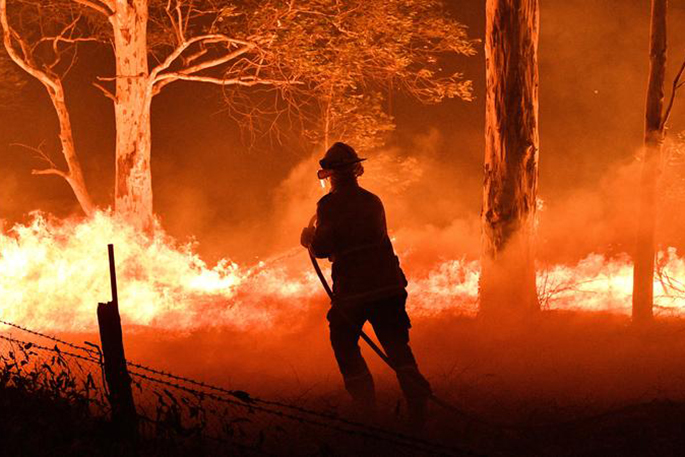 The Defence Force is sending more soldiers to help the fight against Australia's deadly bushfires.

The NZDF continues to support the Australian Defence Force (ADF) as it battles fires in Victoria and New South Wales, including by transporting Republic of Fiji Military engineers from Nadi to Australia, announced Defence Minister Ron Mark.

This morning, 54 Republic of Fiji Military Force (RFMF) engineers were transported from Nadi to Australia aboard an NZDF Boeing 757.

“Defence forces from across the region continue to respond to the bush fires, at Australia’s request. We are proud to be part of the response, and this generous offer by Fiji is a further example of Pacific partnerships in action,” says Ron.

In addition, the NZDF is meeting a request from Australia for a third Air Loading Team, and four additional personnel departed New Zealand on Thursday.

This latest contingent is in addition to the three Royal New Zealand Air Force NH90 helicopters and crew and two New Zealand Army Combat Engineer Sections, currently deployed. Since the initial deployment, the NH90s have completed 40 hours of flight time, including 14 missions of personnel and equipment transportation.

The C-130 Hercules transport aircraft which deployed earlier this month has since carried 41 passengers and 18098kg of freight, over 12 hours of flight time.

Last week two health teams and a Chaplain were also deployed, bringing the total NZDF personnel deployed to Australia to 119.