Starting on the road to Wimbledon 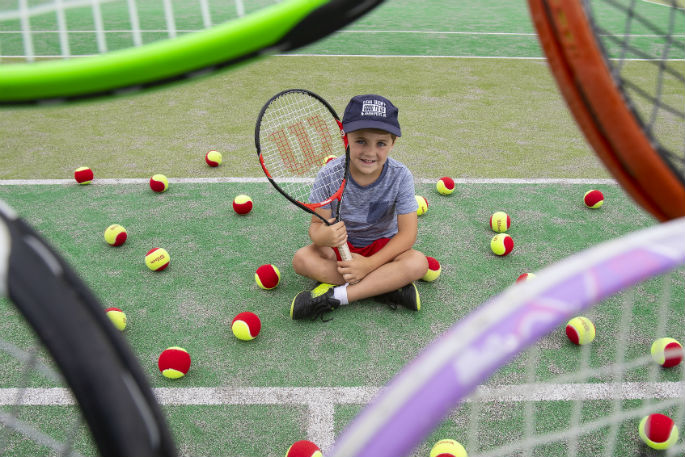 Not all tennis balls are the same apparently. Ask the young hotshots at Gate Pa Tennis Club.

The 320 million balls produced annually are mostly the regulation fluorescent yellow balls of between 56 and 59 grams and up to 6.86 cms in diameter.

But the ‘hotshots’ balls used to draw youngsters into the game of tennis at the Gate Pa club can be red, orange and green. They are all bigger than the average tennis ball with a lower compression, which means they don’t bounce as high and are easier to hit.

‘Hotshots’ tennis is played on smaller courts with lower nets and this all makes it easier for young players to enjoy success.

The Gate Pa Club is again running its successful hotshots tennis programme from early next month for children aged five plus.

“Kids love the ‘learn by play’ method of teaching tennis,” says club member Graeme Bigham. “And parents appreciate a professionally presented programme that caters for little ones through to budding pros.”

Hotshots involves a varied hardness of balls as young players progress. The red stage is for beginners of five to seven years. The red ball is larger than the standard yellow and just 25 percent of the compression, making it slower and easy for starters to hit it comfortably. After mastering the red, players move onto the orange stage, eight to ten years. The ball, at 50 per cent compression bounces a little higher and the court is a bit bigger.

The ball used in the green stage, nine plus years, is 75 percent of the compression of a yellow ball, and the children play on a fullsize court.

“It works,” says Graeme. “By the end of the season youngsters are competent enough to play in a mini club championships.”

Gate Pa coaches have been running a Hotshots programme for ten years working with beginner players and providing a combination of skill and enjoyment for all children. The Gate Pa Tennis Club welcomes new, young hotshots who want an introduction to tennis.