Glen Jackson to retire from refereeing 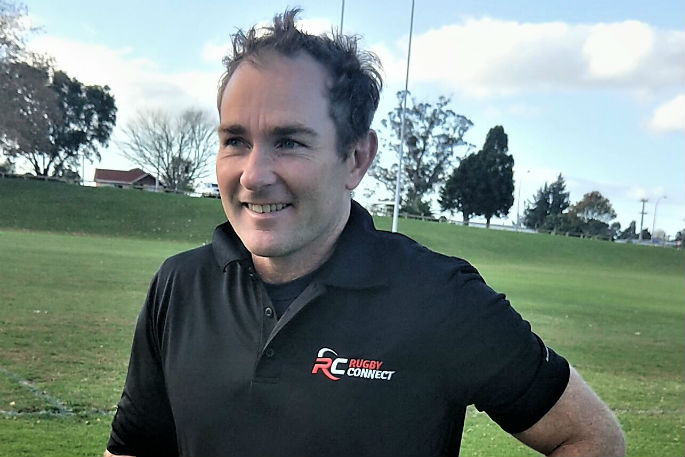 News last week that Tauranga’s Glen Jackson will hang up his whistle as New Zealand’s top rugby referee is both good and bad as far as I am concerned.

The 44-year-old has decided to finish refereeing in March as he has achieved all he could since he retired as a player in 2010.

So to lose Jacko from the refereeing ranks is a bad thing, especially at a time when the other top ranked refs in New Zealand do not have his skills in managing players or in letting the game flow.

The good part of the news is that Jacko will commit his vast rugby intelligence to coaching in the Bay.

He has already cut his teeth as a coach firstly with his son’s under-12 team at Te Puna and then with the Bay of Plenty under-19 and Tai Mitchell teams.

Jacko had a great career as a player. The former Bay of Plenty Steamers and Maori All Blacks first-five played 60 games for the Chiefs in Super Rugby before heading to England where he played 112 matches for Saracens.

In a lifetime of watching sport for me there are some moments that stand out above the rest.

One of my favourites is when Vern Cotter and Joe Schmidt took their Steamers up to Eden Park to challenge for the Ranfurly Shield in 2004. Against the odds the Bay beat Auckland that historic day to win the iconic trophy for the first and only time.

The hero was first-five Jacko who scored in all four ways for a 23-point haul in the 33-28 victory.

It was a performance deserving of an All Blacks call-up but that never came.

Jacko’s rise up the refereeing ranks after retiring as a player is unprecedented in New Zealand rugby history. He is the first person to have both played and refereed more than 100 first class games.

His first game with the whistle was a school game at Bethlehem College in 2010. Just under two years later he was in charge of England v Fiji at Twickenham and Georgia v Japan in Georgia a week later.

He controlled four matches at the 2015 World Cup in England and was an assistant referee for five other matches. He has handled Rugby Championship and Six Nations matches.

The decision not to include him at last year’s Rugby World Cup was puzzling then and still is today. He was rated the top New Zealand whistler, winning the top accolade of Referee of the Year at the NZ Rugby awards in four of the last five years.

But refereeing’s loss is coaching’s gain.

There is plenty more to offer from Glen Jackson in the years ahead.