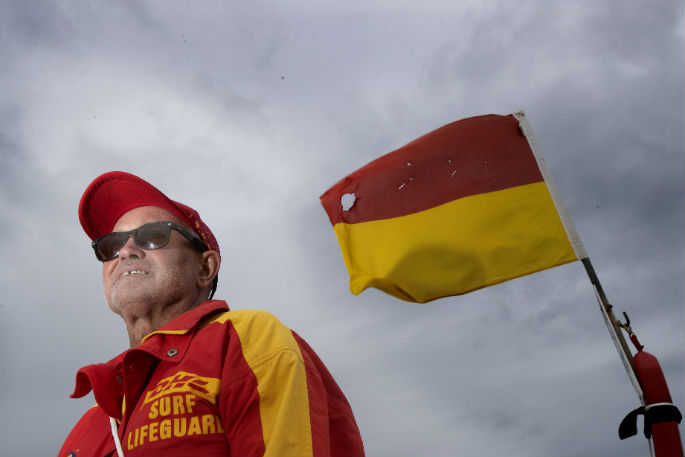 “Be proactive, not reactive.”

That’s the motto for surf lifesaving clubs across Tauranga and members are making it their mission to do no big rescues in 2020.

“Our focus is to take as many preventative measures as possible,” says senior lifeguard and mentor Shaun Smith, who works across all Tauranga beaches.

These measures include continuous education about water safety and reminding beachgoers about the importance of swimming between flags.

“That’s talking to the public about where the rips are, where the best spots are to swim and guiding them to the flags,” says Shaun.

Mount Maunganui Lifeguard Service lifeguard Julia Conway says they don’t hesitate to swim out to someone in potential danger.

“We’ll check to see if they know what they are doing and are safe, or if they are a bit freaked out and need assistance,” says Julia.

She says when guiding people towards the flags, it’s crucial lifeguards explain to them why they need to swim between them.

“We can’t just whistle and wave people towards the flags. When you actually talk to people, they are thankful and realise us lifeguards are on their sides.”

Early data suggests, that between December 24, 2019, and January 2, 2020, eight rescues were carried out across Tauranga beaches.

Julia, who worked Christmas Day, says the combination of big surf and large crowds put lifeguards to the test.

“It did make it quite challenging for us, with people easily getting stuck in currents. Overall, we had everything under control, but it had the potential to be a hectic week.”

“This coast has been very busy over the peak period - there was fantastic weather and quite a lot of swell around throughout the Christmas and New Year’s period,” he says.

“This was coupled with quite large tides, all combined leading to big beach numbers and very strong currents and rips.”

Crowds were “generally pretty good” at responding to directions at Main Beach, with lifeguards educating beachgoers about the safe spots to swim, says Julia.

Meanwhile, along the beach in Papamoa big surf prevented many from even entering the water.

“We had such big surf, which kept those that are less confident out of the water,” says Shaun.

He says on the busy days there were “a couple of thousand people along the beach”, but the numbers of people in the water was noticeably smaller than previous years.

At Main Beach, lifeguards rescued a group who were left stranded after jumping off Moturiki.

According to Julia, the swell was too big on that day for them to climb back onto the rocks.

“One of them swam round to our side of the beach and started waving their hand. We sent a boat out, and they had been out there for a while, so they were exhausted and covered in cuts,” says Julia.

She describes this as a classic “know your limits” situation, where people need to adjust the risks to the conditions.

There also needs to be increased education around identifying rips, says Julia.

“A lot of people, when you mention a rip they freak out. If you learn how to recognise one, and what to do if you are caught in one – you realise it’s not the end of the world.”

At the end of 2020, Shaun hopes to be sitting at the beach, with a beer in hand celebrating each Tauranga club’s success.

“If we can sit here at the end of this year and say we have done no big rescues, we will have done a fantastic job,” he says.