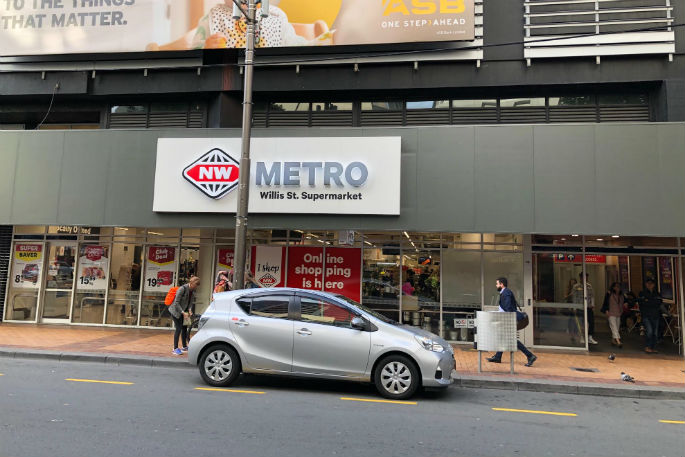 There’s a fresh round of speculation over a proposed metro-style CBD supermarket for Tauranga.

But this time, it seems it is more than conjecture. It’s a case of when, not if, according to Priority One – the regional economic development group.

“The supermarket chains have definitely been in town and looking,” confirms Priority One chief executive, Nigel Tutt. “Although I don’t know of any specific plans.” However, he’s predicting a Metro will arrive in downtown Tauranga within the next five years.

The rumour mill was cranked up this week by two Tauranga business people who claimed the metro-supermarket initiative was gathering momentum – perhaps at a site on the corner of Spring and Grey Streets. They wouldn’t be identified, but suggested a building which currently occupies the site would be demolished and replaced with a purpose built structure and residential suites in the upper floors.

Nigel says there are a number of sites under investigation. “I can’t point to any specific ones. But it’s just a matter of time before the right deal stacks up, with the right amount of people in the catchment area.

“And anywhere around the university in Durham Street would make a lot of sense.”

“There has been conversation about this for some time,” says Sally Cooke, champion for the CBD business lobby group, Downtown Tauranga. “It would be nice to think it might happen – but I don’t have any intel.”

A downtown supermarket would breathe new confidence into a central commercial sector which has been struggling in recent years.

The metro is a different operating model to a conventional supermarket. It’s smaller and as the Countdown online blurb says, they have a unique range of food and groceries tailored to its inner city location – “barista-made coffee, fresh food and grab and go options as well as a range of groceries for top up shops”.

They are convenient but customers do pay for that convenience in terms of lack of range - it's quite a small space, so shelf space is limited, you won’t find five plus brands of everything. Also, prices seem to be a little higher than a ‘standard’ supermarket. But for the city dweller, the CBD worker and visitors – a metro is a quick easy supermarket-style experience while on the go.

Metros are proven in Auckland and Wellington. The 10-year-old New World Metro in Wellington’s Willis Street always has peak time queues  – it’s popular, especially for the city’s population of civil servants and head office workers wanting quick, cheap takeaway lunch bites, and buying a few essentials before hopping on trains and buses out of town in the evening. There’s also a Countdown just off Lambton Quay – a stone’s throw from the Beehive.

“Wouldn’t it be fantastic,” says Sally Cooke. “We can’t deny the city centre is going through transitional growth at the moment. And having that amenity for more and more people living and working in the city is vitally important. We would love to see a metro come online as we continue to revitalise and mature as a city centre.” Bread and milk, cheese and crackers, a fresh baguette and pates on a Friday.

She says there has been a lot of conversation about what’s lacking in the city centre and the moment that conversation stars up, discussion focusses on where you can buy supermarket items that aren’t available in the CBD at the moment.

“The dairies absolutely have their place but a mini mart scenario with some fresh produce from one of the supermarket operators would be fantastic.”

Nigel Tutt is “pretty confident” the supermarket will happen in the next five years, but exactly when and where is up for debate.

In my view this would be a mistake. Big corporates already have a hold and there becomes no variety or point of difference. Tauranga needs an attraction. My suggestion is a permanent covered market, individual crafts persons can rent a stall, all local artisans can be represented. These people are out there but have NO council support to come together in a collective group. The cruises come and go, the visitor leave in busses, why? Why don’t they stay and spend? There is nothing to attract them to the CBD. Give them something different to go to!!

Plenty to choose from

Any supermarket will have plenty of choices for shop space. The number of vacant shops in the CBD these days is hugely concerning. And the council’s constant ’oh it is going to pick up as soon as all the building and road works are complete...’ is just not cutting the mustard anymore. So, yes, PLEASE come and trade in the CBD. You will be doing everyone a great service.