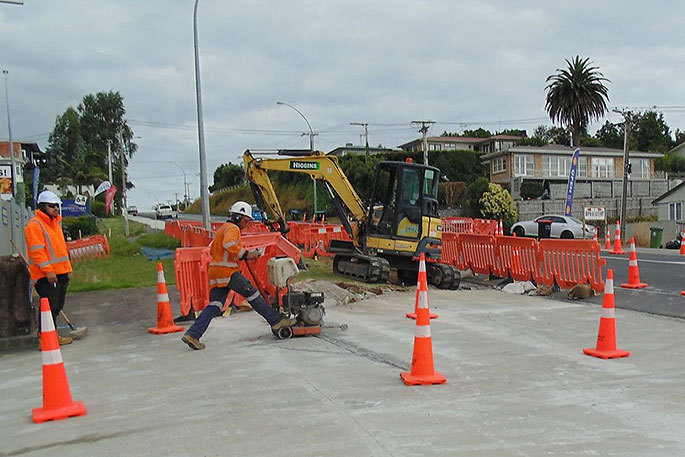 Removal of the existing footpath and parts of the berm. Supplied photos.

Traffic management controls have been set up to support an expected increase in traffic as people return to work and school.

Existing footpaths and part of the berm at Scantlebury Street are in the process of being removed. This is in preparation for new road surfaces, footpaths and kerbs.

Next steps will include preparation for construction of a new kerb line, along with work beginning on the new traffic light system at Burrows Street.

Existing streetlights will be relocated, with new ones being installed.

“The existing pedestrian lights will stay in use until the new traffic lights for the intersection are fully completed.”

“Prior to getting any works underway, we will communicate directly with businesses to give them a heads-up. Access to businesses will be minimally affected.”

Over the next month, the council will be preparing the base for the new footpaths.  A temporary footpath will be in place for people walking along this area. 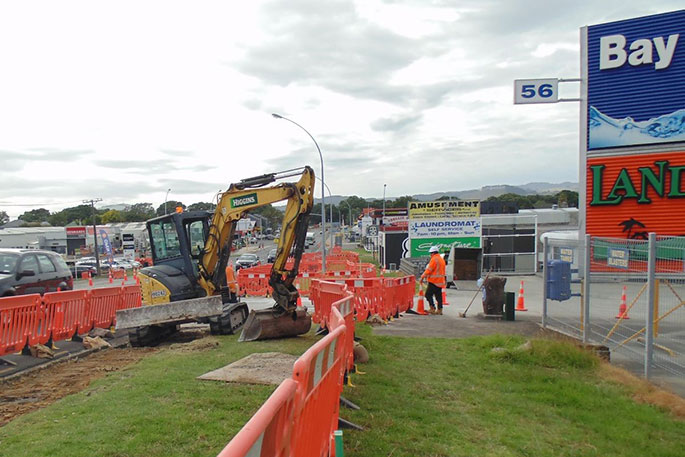 Most people want to see 4 lanes from Welcome Bay to Cameron Rd, but sadly Turret Road has no additional room. Most of the motels are very close to the road and on the other side are protected Pohutukawas. Having 3 lanes with a alternating AM/PM central lane would potential fit.

Do it once, do it properly

All that work to move the kerb a couple of feet. Why not move it properly and 4 lane it. I also note the bus stops still intrude into the vehicle lanes. Seems a half hearted attempt to me. Should be 4 lanes from Welcome bay to Cameron Rd