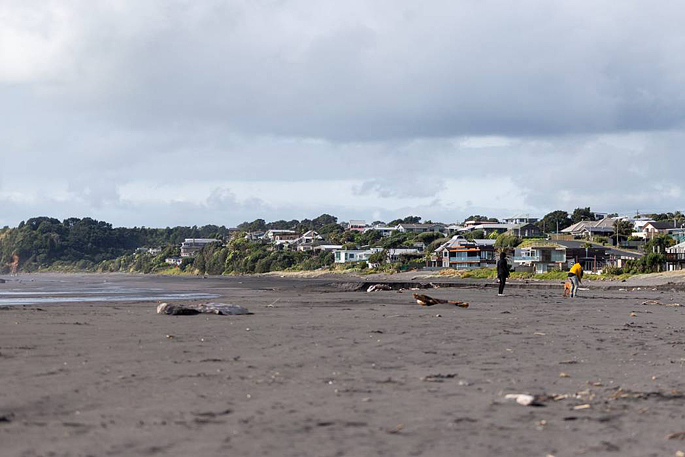 A Tauranga woman who drowned at a popular Taranaki surf beach on Monday will be farewelled by friends and family next week.

Kristi McIntyre died after getting into difficulty in heavy swells on Oakura Beach on Monday evening.

Her funeral notice says she was tragically taken by accidental drowning.

She had been swimming with a man at Oakura Beach Taranaki and emergency services were called to the scene around 8.25pm.

Surfers, off-duty lifeguards and swimmers were unable to save her life after she was pulled from the sea in a critical condition and unable to be revived, Stuff reports.

There were no lifeguards on duty at the time but a couple of off-duty club members jumped in to the sea to help save them, reports Stuff.

The man was taken to Taranaki Base Hospital by St John Ambulance in a moderate condition and was discharged later on Monday night.

In her funeral notice, Kristi is described as a being loved and adored by her husband and children, her parents and aunties and uncles.

“She has been a very respected colleague of many in the early childhood education teaching profession.

“Fly high Kristi girl.  We love you so much.”

Krisiti lived in Tauranga for many years and is originally born and raised in Taranaki.

A service is being held for Kristi at Elliotts Rosebank Chapel, 25 Ninth Avenue Tauranga, at 1.30 pm on Tuesday January 21.