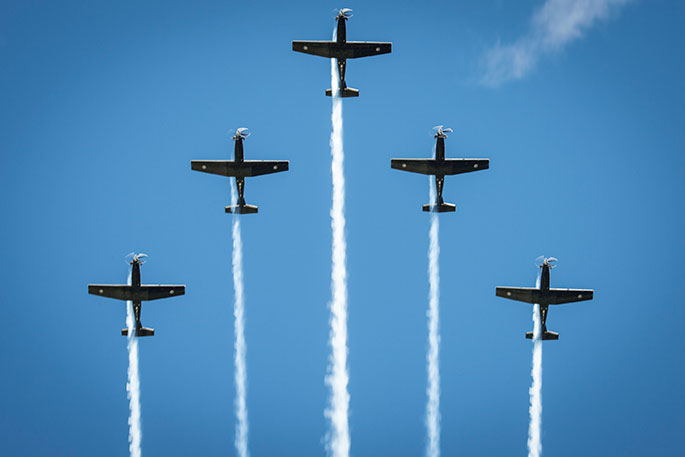 Tauranga's skies will be abuzz this weekend with the first display of the season for the Royal New Zealand Air Force Black Falcons, kicking off above Mount Maunganui’s foreshore on Friday night.

The Black Falcons will perform a five ship display beginning at 6.30pm, followed by a second performance at the Classics of the Sky Air Show on Saturday afternoon.

It’s the first season with the RNZAF Black Falcons for four of the six pilots in the team.

Wing Commander Paul Stockley (Falcon 1) says the team is looking forward to representing the Air Force and displaying the capabilities of the T6-C Texan II aircraft.

“The display itself consists of a variety of manoeuvres ranging from formation aerobatics to high speed low passes, all of which are designed to showcase attributes of Air Force flying such as teamwork, precision and safety.

“We are looking forward to demonstrating a small part of what the Air Force can do with the Texans.”