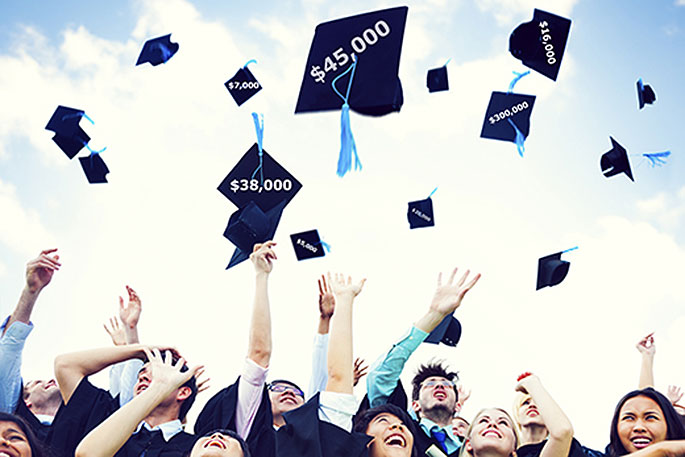 A woman has been arrested at the border over their student loan debt, reportedly while trying to return to their home overseas.

Police confirmed the woman, who had been visiting New Zealand, was arrested as she attempted to fly out of Auckland International Airport on Friday.

Inland Revenue said it could not confirm any other details because of secrecy obligations under the Tax Administration Act.

It's the first arrest over student loan debt in 2020.

Police were alerted to her presence at the airport via a border alert, says Senior Sergeant Laurie Culpan.

Police arrested her on behalf of the IRD.

Legislation introduced in 2014, gave Inland Revenue the authority to apply for arrest warrants for student loan defaulters leaving the country.

However, this is considered a "last resort" after all other avenues have been exhausted, an Inland Revenue spokeswoman said.

"The best advice we can give overseas based borrowers is to pay any outstanding amounts.  If that is not possible, we encourage borrowers to talk with us about their situation.

"Our staff are always willing to help and we have various relief options available to help manage repayments for those who are in a position of hardship."

In 2018, it was revealed that student loan borrowers now living overseas were $1.2 billion in arrears.

He's worried student loan holders are leaving New Zealand not thinking much about their obligations and then "bury[ing] their heads in the sand".

"It's the worst thing people can do. If you have a problem give Inland Revenue a call."

It’s important that students both at home and abroad realize that a student loan is not a grant, and IRD are right to pursue defaulters when all else fails. The extent of this default is staggering, and it is obvious that some people think this is a "good thing" that they can get away with. It is important for the word to get around that if you take on the responsibility, failure to meet it may result in your movements being curtailed until an agreement is reached. This is an excellent life lesson for the people concerned.