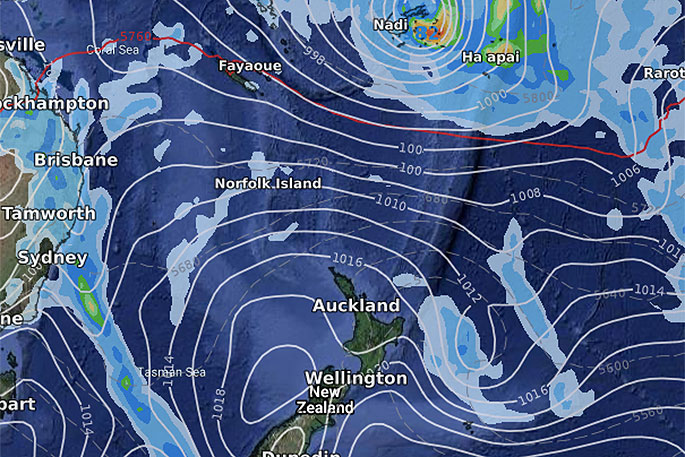 A tropical cyclone is likely to be named later today by the Fiji Met Service as the depression deepens and sets a track to Fiji, Tonga and east of NZ.

Latest guidance still suggests the storm will be developing and deepening as it crosses Fiji on Friday and Friday night with the storm likely peaking in power on Saturday as it departs Fiji and approaches Tonga.

As the low moves closer to NZ on Monday it will rapidly grow as it becomes an extra tropical storm (ex-tropical cyclone).

FIJI:
When it comes to Fiji, WeatherWatch.co.nz says the entire nation is exposed to a burst of wind and rain but that Vanua Levu may be most exposed while tourist busy Nadi on the western side should be less affected.

Locals are urged to keep up to date with their specific Fiji Met Service warnings and forecasts. Rain and winds will be strong for about 24 hours then ease.

Slips, flooding and some wind damage are possible along with increasingly dangerous seas.

TONGA:
On Saturday the storm departs Fiji quite quickly as it approaches Tonga. Saturday morning will see torrential rain over Tonga and strong to gale force winds increasing from the north.

The cyclone will track closest to Tonga on Saturday daytime, likely late morning/lunchtime it will be centred just offshore to the west.

Heavy rain, flooding and dangerous beach conditions will be the main focus. The good news is that on Sunday it clears entirely. 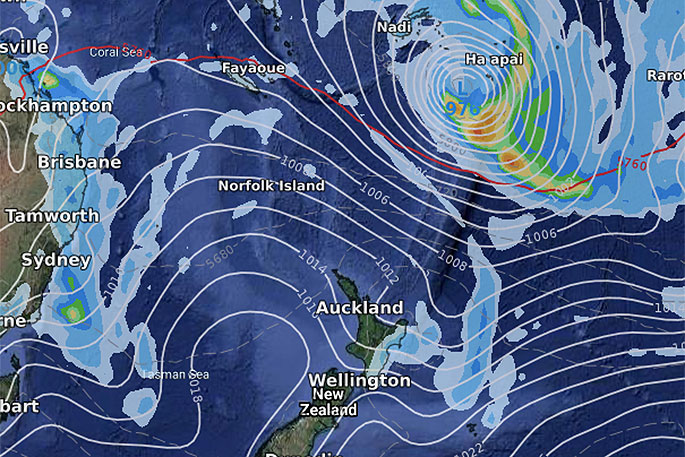 3pm Saturday - over Tonga and starting to ease by late Saturday.

NEW ZEALAND:
WeatherWatch.co.nz still maintains that the storm is likely to track east of NZ but could have a serious impact on the safety of NZ beaches in the North Island.

"It's arguable that offshore cyclones actually pose a greater threat to the lives of NZers with sunny, calm, weather at our beaches masking the potentially deadly danger of the rips, currents and random large waves.

"All eastern beaches of the North Island will see swells, rips and currents increase steadily from late Sunday across Monday and peaking likely on Tuesday, then easing Wednesday." 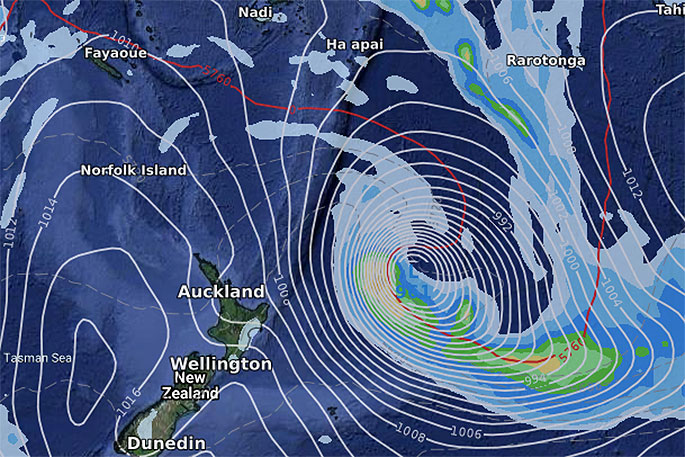 The weather at the beach may well have zero signs off an offshore storm.

"However, the depth of this storm means powerful rips and currents and dangerous large random waves are to be expected," says WeatherWatch.co.nz

"For younger or weaker swimmers this set up can be deadly - and sadly has been in the past with similar set ups.

"The storm will rapidly deepen in the NZ area as it transitions into an ex-tropical cyclone with a cold centre to it.

"When this happens the storm may double in size and intensity as it drops into the Southern Ocean early to mid next week. It's this rapid deepening that will help churn up our eastern beaches." 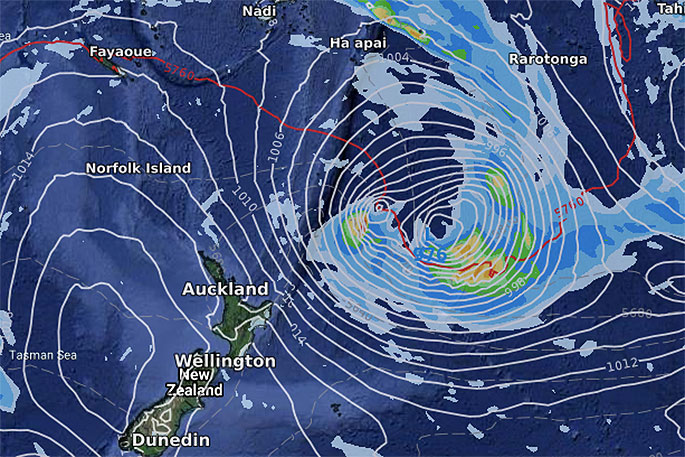 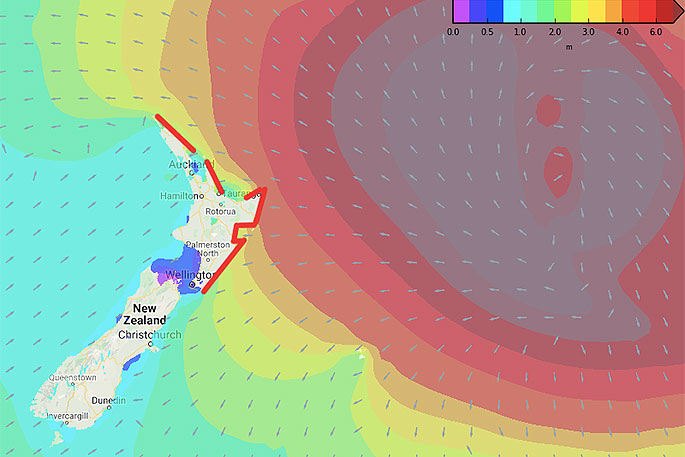 Swell map for NZ next Tuesday. Areas in red highlight most dangerous beaches. 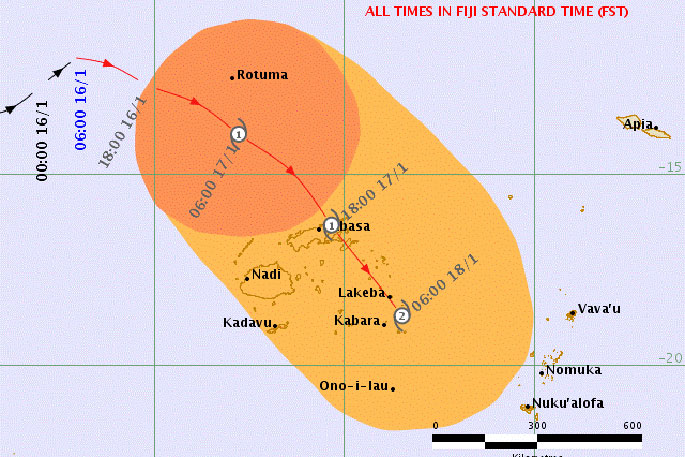