Establishing koalas in NZ may not be a good idea 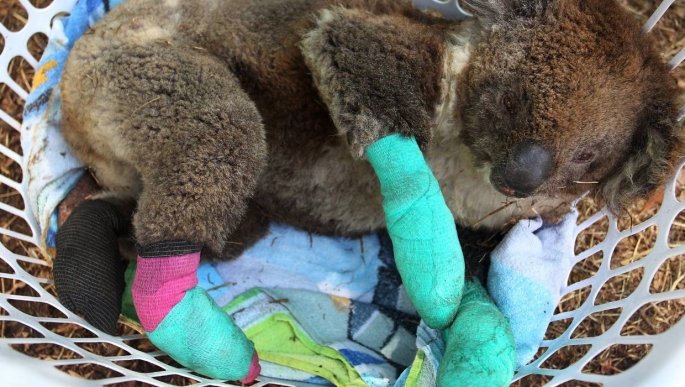 Amid gut-wrenching images of koalas suffering in the Australian bushfires, a petition has been started calling on Prime Minister Jacinda Ardern to allow the introduction of the animals to New Zealand.

But koala populations can boom to the extent they overrun the available food supply, and in any case Australian researchers are confident they can look after the animal in their own country.

University of Queensland research fellow Dr Bill Ellis says establishing a New Zealand population of koala was not the answer to problems facing the animal in Australia.

He was a bit surprised at the suggestion, "given the grief" people such as himself normally encountered in relation to the introduction of possums from Australia to New Zealand.

"Whether or not it's biologically feasible, I reckon a lot of people in New Zealand, if we started suggesting we were going to introduce any more of our wildlife to New Zealand, they would tell us where to put it," Bill says.

He pointed out there are management issues in some areas of the southern states of Australia, given the size of koala populations in those areas. Two key examples were French Island in Victoria and Kangaroo Island in South Australia.

In Victoria, koalas have been moved from French Island and others have been given fertility treatment to help with population control. The Victoria Department of Environment, Land, Water and Planning say there was an "overabundance" of koalas on the island and they were quickly depleting their food source.

One koala per hectare is considered the ideal ratio for healthy koalas; yet the French Island density was estimated at up to eight koalas per hectare.

On Kangaroo Island, recent bushfires are thought to have killed around half the 50,000 koala population. Before the fires, information from a South Australian state government agency said 13,500 Kangaroo Island koalas had been sterilised or put on contraception since a management project started in 1997. Of those animals, about 3800 had been moved to their historic range in the southeast of South Australia.

As a result of increasing koala numbers on the island, manna gums - a favourite food for koalas - had been lost across many parts of the island. Government agency Natural Resources Kangaroo Island said there was no evidence koalas could self-regulate their numbers.

Bill says Australia is able to look after its koalas. "We have the capacity to save them ourselves. It's one of those things where the simple answer is often not the most likely to succeed."

"They're a species that is quite resilient. A lot like possums they can survive in semi-urban areas quite successfully. All we need to do is stop killing them and they go just fine."

Main threats to koalas were traffic, dogs and habitat loss. There was also an issue with disease. "If we just reverse the pattern of habitat loss and find some better ways to restore and retain habitat in our semi-rural landscapes, I think koala will be fine."

The situation in Queensland was somewhat different to that further south, Bill says. "In Queensland we're in a lot of trouble, our population's declining quite rapidly. A lot of it has to do with land clearing, both agricultural landscapes and the peri-urban southeast where historically we had dense koala populations." 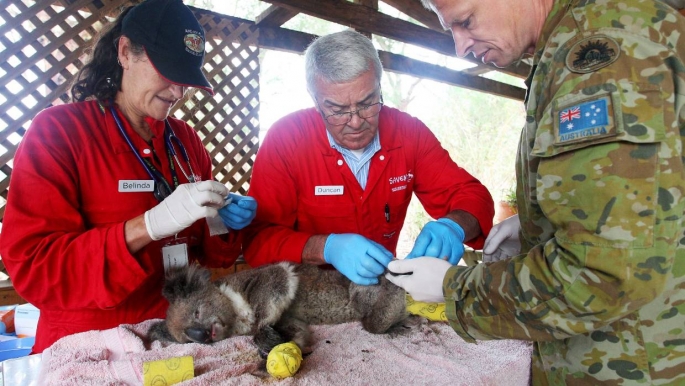 Also koala in the southern states seemed to be able to live in higher densities than those in Queensland. One group he was studying on St Bees Island off the coast from Mackay had started from about a dozen introduced animals.

That population seemed to go in cycles. It had climbed to as many as 350 animals but was now thought to be about 120. "They have been existing on that island quite happily for 100 years."

The petition on Change.org seeking to allow the introduction of koalas into New Zealand had more than 6000 signatures by lunchtime Monday. It was started by Koala Relocation Society, which argued koalas would not compromise New Zealand's ecosystem as they typically lived in open eucalyptus woodland, and mostly ate the leaves of those trees.

New Zealand had around 28,600 hectares planted in eucalyptus trees, mostly in the central North Island, the petition said. It also said koalas were functionally extinct in Australia, but there is debate about that.

An organisation called the Australian Koala Foundation has said koalas were functionally extinct, but University of Sydney researchers responded saying that was wrong, although the species was in "danger".

"It can be used to say that the species is too low in numbers to make a contribution to the ecosystem, or it is too low to recover in numbers. Both are untrue for koalas," he says.

Many populations of koalas were declining, but some were doing well and even increasing in size.

In November, before the massive bushfires that have damaged millions of hectares in Australia, the university said it was estimated there were around 330,000 koalas. Associate professor David Phalen says koala populations in Victoria and South Australia were stable, increasing or, in some areas, overabundant. Populations in New South Wales and Queensland were threatened.

… in my previous response to this, it is an insane and dangerous idea to release ANY non-native fauna into the NZ Ecology. I really hope reason prevails over a silly emotional reaction.