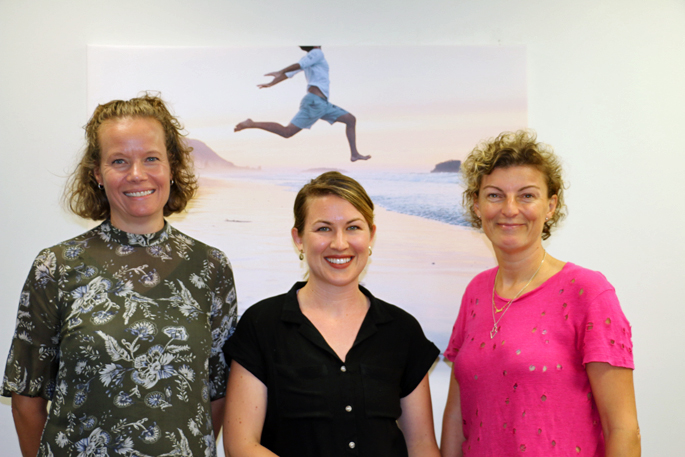 Judging for the 2020 Trustpower Photographic Exhibition has officially commenced.

The three judges for the competition, Carolyn Schofield from Trustpower, Jenny Rudd from UNO Magazine, and Millie Newitt from Downtown Tauranga, received thousands of entries into the competition.

The judges’ biggest challenge is to find the 20 winning photographs that most aptly talk to the theme of ‘home’, which is that vocative feeling when you are in your home, whether it’s a place, or an occasion with family, whanau, friends or loved ones, says Sally Cooke from Downtown Tauranga.

“The theme this year was all about ‘Home’ and sense of belonging and everyone’s interpretation of home so it’s a big challenge for the judges to look through all the thousands of photos and then choose 20 that justify being in the exhibition on The Strand.”

Jenny says finding ‘Home’ is so subjective but it’s their jobs as judges to have a look at the image and if they can feel what that person is trying to evoke.

“We’re not trying to find our own answer of home. We’re trying to uncover what other people are trying to say about it and help that feeling be shared with everybody else who’s coming to look at the exhibition.

“This is our fourth year in a row that we’ve judged together. The first year we did as a big group and it’s gradually become three of us as a judging panel. It’s something that we really enjoy. We really enjoy listening to each other’s views, and certainly what has happened traditionally, and I think it’ll happen this year, is we will come with our own set ideas, but we really enjoy listening to each other’s interpretation of the images and it helps bring out the true feelings of what’s going on here.

“I think what people in the Bay of Plenty are really good at doing is communicating and they take real joy and pride in this fantastic exhibition that Trustpower has sponsored so we can all share each other’s feelings.

“I think as well as a high-quality image, what we’re really looking for is for everybody to feel included and involved. Even though the competition is open to professional and amateurs, we’ve had a lot of amateurs winning and being highly commended because of their skill and ability to communicate what they’re feeling,” says Jenny.

“We don’t want an exhibition on The Strand that people just walk past and ignore. It’s really amazing for the judges when they do choose because they know that they’re looking for the images that you then see people throughout the exhibition stopping and looking and touching and talking about, and really engaging with it,” says Sally.

Jenny says when she’s judging, one of the things she’ll be looking for is an image that will make her stop when she’s on her way to work, walking down The Strand.

“Is that something that’ll make people take a second look and stop.”

When it comes down to picking the top photographs, all three judges agree that it is a lot more enjoyable than hard.

“It’s hard in the sense that every image that you’re looking at, someone’s got real hopes and dreams and their heart inside it, so we’re really considerate of that. But I wouldn’t say it’s a hard job. We’re really honoured.”

The Trustpower Photographic Exhibition will be opening along The Strand on Friday, January 24 2020.