Paramedic knocked out while on duty 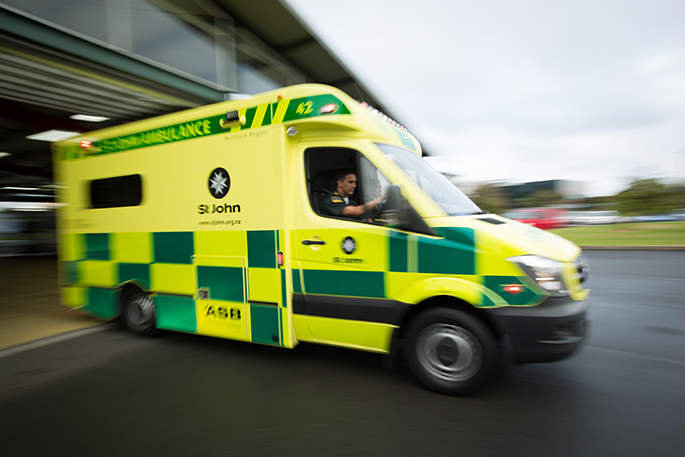 A female ambulance officer has been kicked unconscious by an intruder while on duty at Warkworth Station on Sunday night.

St John say the woman, who was working as a paramedic alone, disturbed an intruder when she went back to the station after treating a patient just before midnight.

She was able to signal for St John and police support before falling unconscious.

The paramedic was taken to North Shore Hospital in a moderate condition and was discharged today.

"[The paramedic] has endured an horrific ordeal while on duty to help others. We are supporting our officer and her colleagues while working with police.

"We are grateful for the quick response and action of our police colleagues."

Police are investigating and emergency ambulances have been moved out of Warkworth while the investigation is under way.

St John says it takes the safety of officers very seriously and has measures in place to ensure their security and well-being.

St John says the Double Crewing Project - to end single crewed emergency ambulance responses - is scheduled to roll out in the next month at Warkworth Station.

And totally disgusting. It makes you think that maybe the mediaeval stocks is not such a bad idea... this guy could get a kicking from the Community. Really hard to imagine the kind of person who would: (a) attack a woman, (b) kick her unconscious, and (c) target someone who is doing such great service for us all. He could have tied her up or locked her in another room; there was no need for the violence. I really hope they catch this guy.