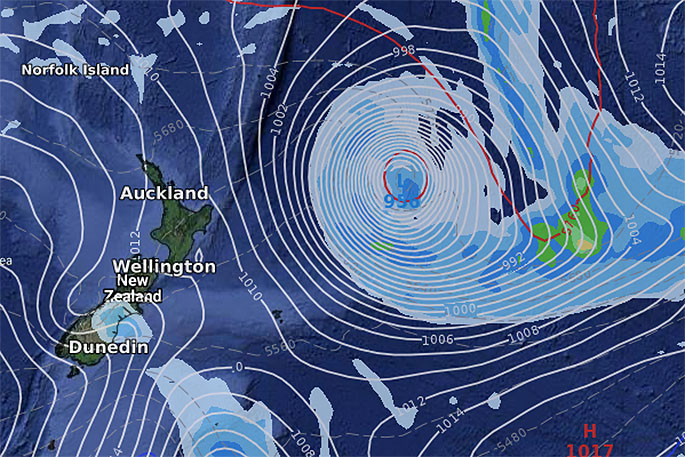 The tropics are becoming very active north of NZ, with WeatherWatch.co.nz saying conditions are ideal for Tropical Cyclone formation this coming week.

As high pressure moves in over New Zealand itself - protecting us for now from any direct hit - the likely tropical storm is forecast to track close enough to influence our weather, but hopefully far enough offshore to not bring any severe weather.

But offshore storms can be deadly in summer in NZ when the weather on-land is calm.

"There are a number of incidents in recent years, some lead to drownings others lead to near drownings, when offshore storms like this churn up stronger rips and bigger waves at our most populated eastern beaches - while the weather overhead may well be hot, sunny and calm with no indication of a storm.

"These dangerous beach conditions can catch people off guard, especially if they are unaware of increased energy in the water due to the offshore storm."

FIJI AND TONGA MAY BE DIRECTLY IMPACTED

WeatherWatch.co.nz says FIJI is currently forecast to be in the path of the possible storm. Both GFS modelling (out of America) and ECMWF (out of Europe) both paint a similar picture of the tropical storm crossing directly over Fiji this Thursday and Friday.

It could bring heavy rain, slips and some flooding along with winds strong enough to cause some damage.

Tonga may also be impacted on Friday as the storm churns by to the west. Both GFS and EMCWF show the storm being well to the west of Tonga but bringing a surge of heavy rain, strong to gale force winds and rough seas. 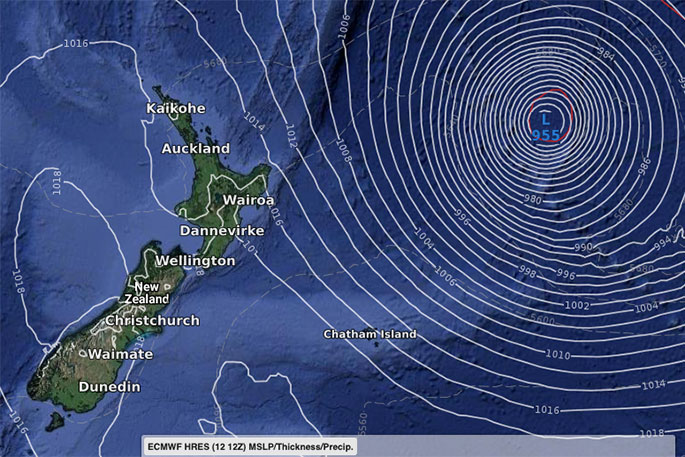 With a balloon of high pressure over New Zealand that should keep us protected, but the offshore storm may get close this weekend and early next week.

After weeks of westerlies this system, coupled with the high over the South Island, will encourage a new easterly flow in northern NZ.

By next Monday a very deep and sizeable storm (extra-tropical) should lie east of the North Island, close enough to bring an enhanced south'east winds flow and bigger swells from the east (may be good for some surfing spots - but remember this storm will bring more dangerous beach conditions to the east from Northland to Coromandel, Bay of Plenty to East Cape, Gisborne and down to Hawke's Bay and maybe even Wairarapa.