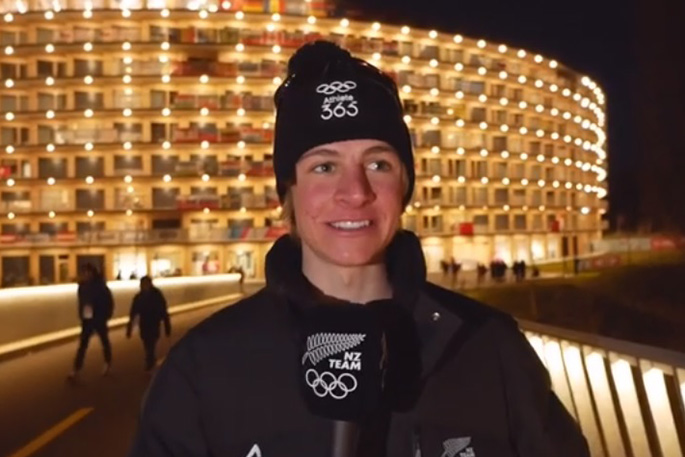 The thrilling biathlon race was the highlight for the New Zealand Team on day two of the Winter Youth Olympic Games.

New Zealand Team flagbearer Campbell Wright has put in one of his best ever performances to finish in 6th place in the 12.5K Biathlon at Lausanne 2020.

The Hawea Flats athlete competed in a field of 99 athletes and was hoping to finish in the top 20.

“I usually race U21s and I had no idea how I’d stack up at this level so I’m stoked to finish in the top 10,” says Campbell.

Early in the race the 17-year-old was in medal position but a poor shooting round dropped him back to 12th with one lap to go. 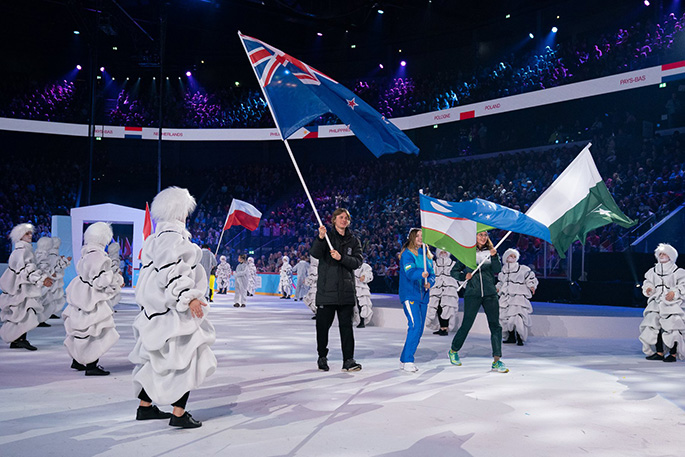 Campbell Wright carrying the NZ flag at the opening ceremony of the Winter Youth Olympic Games 2020.

“The race went pretty mean overall, for the first two loops I was sitting in second or third then I came into the third shoot and made a few mistakes which kicked me back but I managed to claw my way back and finishing sixth was so sick.

“I absolutely loved that race, it was so cool out there and there was heaps of support so that was amazing.”

Campbell is hoping to go one better when he competes again in the 7.5K biathlon on Tuesday January 14.

“My next race is the sprint which is more weighted on the skiing and that’s the one I usually do better in so I’m frothing for that to come.”

Campbell will also race in the cross country later in the Games. 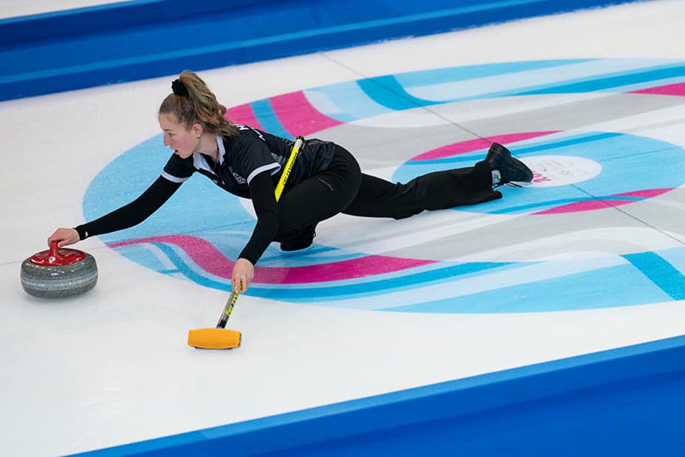 With scores tied at four-all going into the last end the New Zealand Team of Zoe Harman, Lucy Neilson, Hunter Walker and Will Becker held their cool.

“It was a bit stressful, if we didn’t win that end there would’ve been another end in a tiebreaker situation,” says Zoe.

But the Kiwi team proved too good, slotting two stones right by the centre circle to secure their second victory at Lausanne 2020.

“It was definitely nerve wracking but it was a good game and really good to get another win under our belt,” says Zoe.

All four curlers hail from the Maniototo Area in the South Island. They were supported at the Champery Curling Arena by a strong family contingent from back home.

The eight participating teams are made up of athletes from different nations, meaning teammates have never played with each other before and often don’t even speak the same language.

Caleb Chapman and Jack Lewis both played in afternoon matches where their teams went down in fast and action packed showdowns.

Jack says the format has its challenges but is a lot of fun.

“It’s quite intense but it’s a great opportunity to learn off some amazing players from all over the world,” says Jack.

“I’m lucky because most of my team speak English but there are some who can’t so we’ve just got to trust each other and go for it.”

The ice hockey athletes are in action again today.

Meanwhile on nearby Les Diablerets alpine skier Harrison Messenger competed in the slalom where he placed 25th in a time of 36.25. 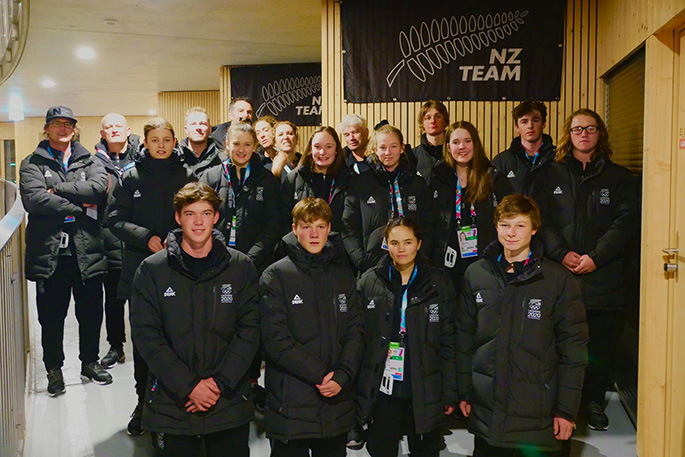